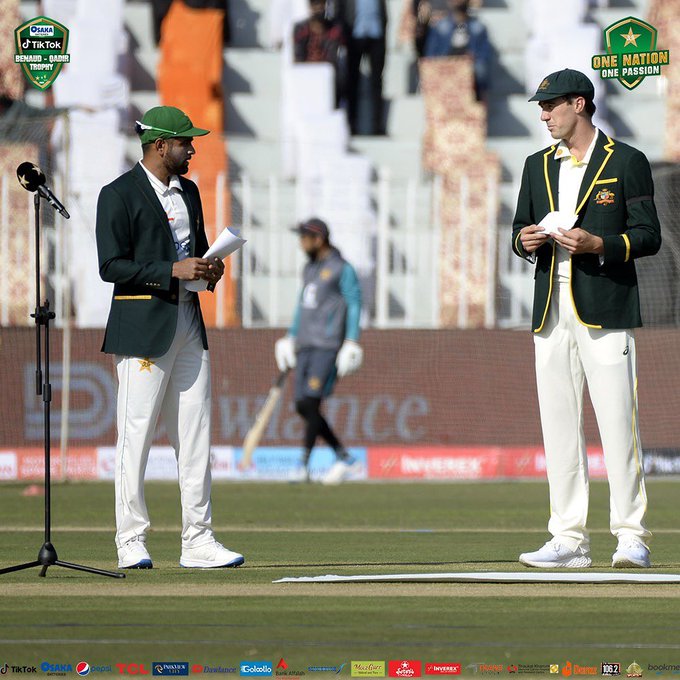 PESHAWAR: Pakistan won the toss and elected to bat first in the first match of the “historic” three-Test series between Pakistan and Australia started in Rawalpindi.

The first and second days of this historic Test match to be played in Rawalpindi. The weather forecast are stated to be clear but light and heavy rain is expected in the last three days.

Australian team is visiting Pakistan after 24 years. Both the teams will play first Test match in Rawalpindi from March 4 to March 8. The second Test will be played in Karachi from March 12 to 16 and the third in Lahore from March 21 to March 25.

Addressing a press conference with Cricket Australia and ICC officials at Rawalpindi Stadium on Friday, Pakistan Cricket Board Chief Executive Faisal Hasnain said that today is an important day for Pakistan cricket. “I am proud to have Cricket Australia officials sitting with me,” he said.

Faisal Hasnain said that for the past 24 years, Pakistan cricket team fans have been waiting for to see the Australian team in Pakistan. He said the current series will send a positive and strong message to the world.

International Cricket Council Chief Executive Geoff Allardice said on the occasion that a historic Test series is going to be held between Pakistan and Australia. “Today is a historic day in Pakistan for which we have worked tirelessly,” he said.  He said that the confidence has increased after seeing the preparations of cricket in Pakistan.