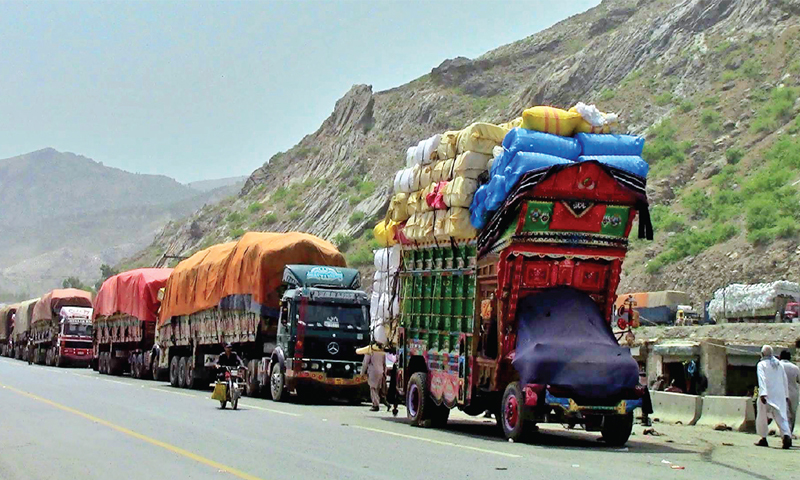 PESHAWAR: Pakistan and the Afghan Ministry of Commerce have issued a new policy for entry of Pak-Afghan transporters into the two countries.

Chairman of the Pak-Afghan Joint Chamber of Commerce, Zubair Motiwala, told the media that the new policy has been constituted through mutual consensus policy. Motiwala said that under the new policy, Afghan transporters will be able to obtain temporary entry documents (TADs) from the Pakistani embassy in Kabul or its consulate in Kandahar, while Pakistani Transporters will have to obtain these documents from the Afghan Consulates in Peshawar and Quetta.

Motiwala hoped that the move will not only facilitate free movement of trucks between the two countries but also facilitate transportation especially for transit trade with Central Asia Republics (CARs). PAJCCI Chairman said that the policy will strengthen trade and economic relations between the two countries. He said, “It will further improve access to markets in both countries. The policy will reduce the cost of doing business, create jobs and increase revenues for both governments.”

The PAJCCI also said that due to foreign sanctions on Afghanistan, third party payment being the most preferable solution however, the process is not being implemented by Pakistan Commercial banks for trade with Afghanistan.

The PAJJCCI said that State Bank of Pakistan has provided alternate solutions by allowing CoC facility (withdrawn in December 2021), trading in Pakistan currency and third-party payments, however, the government has to take more steps to facilitate trade between the two countries.

“The reluctance of commercial banks in processing third party payments in context of Afghanistan is critically affecting the conduct of business,” the PAJJI said in a statement. “Additionally difficulty in obtaining E-forms for CIS countries is limiting businesses to reap available opportunities.”

The PAJJCCI informed that currently Business community on both sides is facing sever hardships and requires immediate resolution to ensure that continues trade and revenue generations.