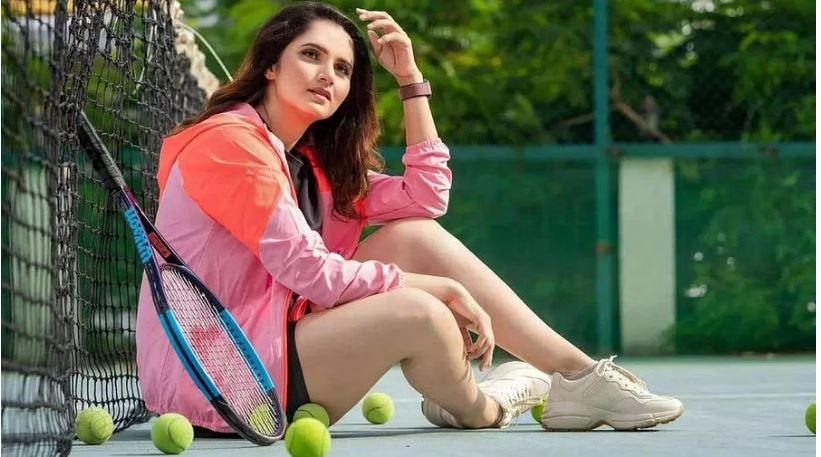 Indian tennis star Sania Mirza – wife of cricketer Shoaib Malik – has revealed that Bollywood filmmaker Sajid Khan had once offered her an ‘Item Song’ in one of his films but she had refused.

Sania Mirza and Shoaib Malik recently joined Hina Altaf and Agha Ali’s talk show ‘The Couple Show’. During the program, the tennis start said that she like Shoaib Malik’s while the cricketer said that he was much inspired by her beauty. Malik said that immediately after meeting Sania, he had told his parents that he will marry an Indian girl, while he also told Sania’s father that he wanted to marry his daughter.

In response to a question, Sania Mirza said that she understands Urdu; however, sometimes she faces some difficulties. According to Shoaib Malik, Sania Mirza does not have any difficulty in understanding Urdu but he gets upset with his wife’s Hindi, “because Hyderabad Hindi is a bit different”.

During the interview, Shoaib Malik, in response to a question, said that he wanted to make his acting debut with his friends, Ashna Shah and Humayun Saeed, if offered. While Sania said that she wants to start her acting debut with artist Humayun Saeed. During the program, in response to a question, Sania Mirza revealed that Bollywood filmmaker Sajid Khan once offered her an ‘Item Song’. According to the tennis star, Sajid Khan is like her brother and he had assured to provide full dress for the song.

Shoaib Malik and Sania Mirza were married on April 12, 2010, after which they moved to Dubai. Soon both will be seen doing talk shows on ‘UrduFlix‘. Recently, both of them had also introduced their perfume and make-up products. There are also rumors that some Bollywood filmmakers are also making a film in which the couple will also appear.