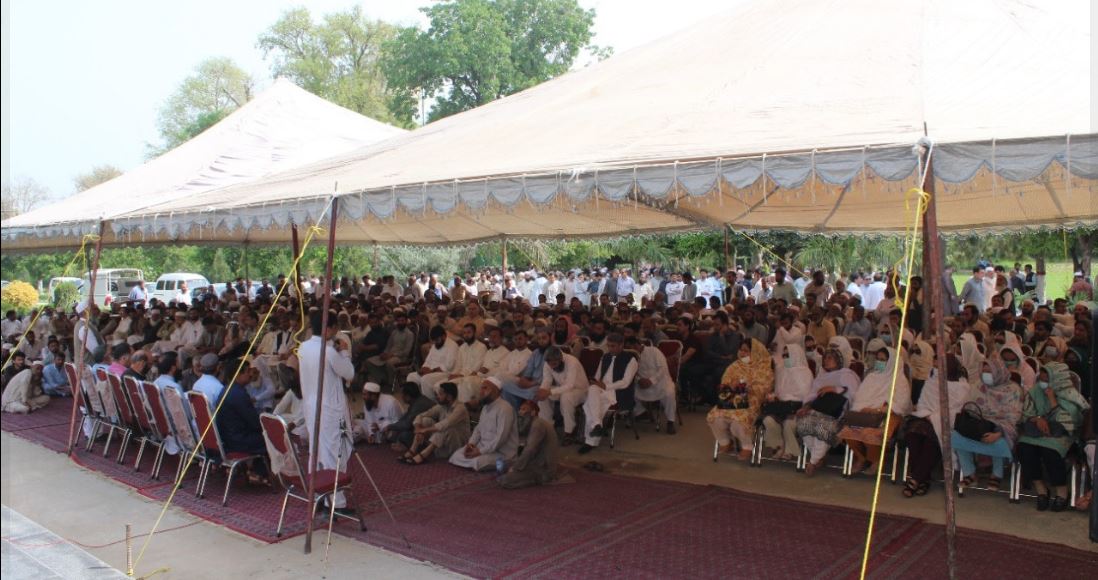 PESHAWAR: Students of University of Peshawar (UoP) continune to suffer as teachers’s protest entered third week while their boycott from classes entered second week on Monday.

The administrative matters of the university have also came to stands still as the employees pass whole day at the protests camp outside the vice-chancellery office. Now the protesters have given 24 hours ultimatum to the administration to resolve address their demands otherwise, they will lock the Vice-Chancellor secretariat.

The joint action committee of the University of Peshawar (UoP)-largest university of the province -announced complete “lock down” of the university on 14 March after KP government and UoP administration failed to address their concerns. The committee has said in a statement that the protest is against the “violation” of university act and other rules of the institution, “anti-workers policies” and “illegal” salary deductions.

The UoP teachers said their workload has been increased from 12 to 15 credit hours and number of students in each class has been increased from 50 to 100 which have placed more burdens on teachers. They lamented that in such a situation students are unable to get proper education and teachers’ attention despite paying hefty admission and other fees as a result standard of education at UoP in on decline. The UoP faculty members also said that their medical and housing allowances have been reduced and the staff promotion and recruitment is stopped since 2018.

The Islami Jamiat-e-Talaba (IJT) on Monday demanded the government to resolve the crisis of University of Peshawar as the teachers’ boycott from classes entered second week.  Addressing a news conference at Peshawar press club, the IJT Chief Asfandyar Rabbani said that classes boycott effects students’ academic session. He said that students cannot afford to miss classes as they have already wasted almost two years due to Covid-19 pandemic. Rabbani asked government to take action as the teachers’ boycott of classes for demands have become a routine.