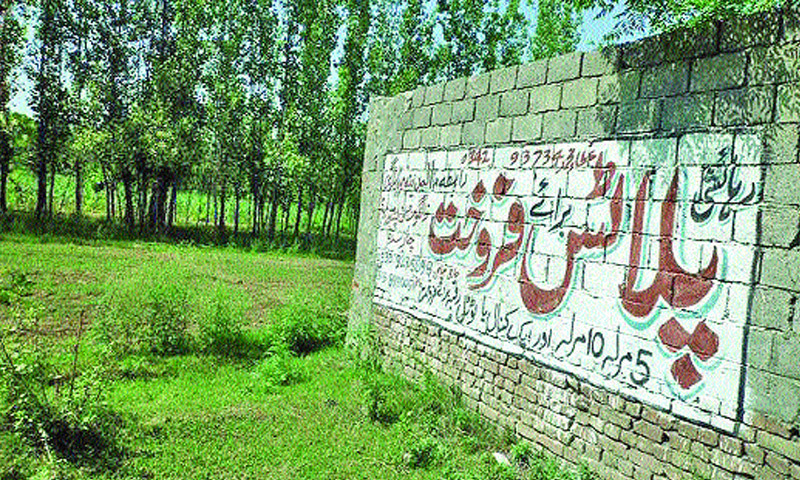 PESHAWAR: The district administration on Thursday informed the Peshawar High Court (PHC) that 21 housing societies in Charsadda have been sealed after being declared “illegal” and cases have been registered against its owners.

The districts administration officials informed that FIRs have been registered and detailed report would be submitted to the Court. The PHC chief justice had issued directions to clamp down on illegal housing societies which not only deprive people of their hard-earn money but also devour fertile agriculture lands.

Additional Advocate General Ali Raza presented the report to the bench headed by Justice Rooh ul Amin Khan, informing that 21 societies have been declared illegal covering an area of 2,803 kanals. During the hearing, Justice inquired about the process of issuing NOCs to housing societies. “How the housing societies are being issued NOCs? Is the administration taking PESCO and SNGPL on board before issuing NOCs,” Justice Rohul Amin inquired.

He said that before giving approval of societies, electricity, gas and water supplies as well as proper drainage system should be ensured otherwise people protest and block roads. The judge said that in cantonment board, one can construct a single home without NOC but outside, mega housing schemes are being erected without NOCs and other legal requirements. The justice remarked that there are laws and rules but there is lack of proper implementation.