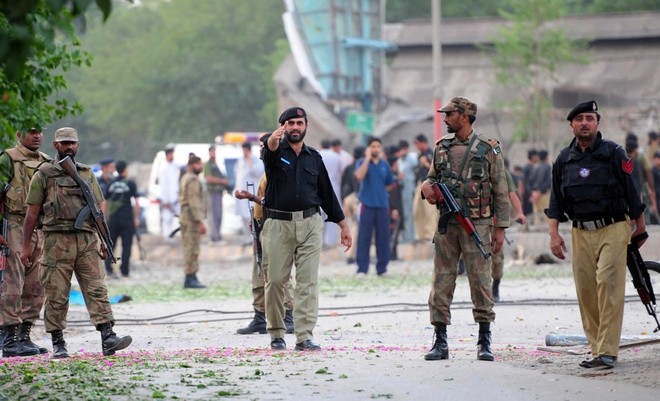 Sources said that the terrorists attacked camp at 3 am and exchange of fire continued till Wednesday morning. All roads leading to the district were shut down as residents heard explosions from inside the camp. Source said that three attackers have been killed in the shootout.

Meanwhile, the district administration said that roads leading to Tank city have been reopened, The district police chief informed that three attackers have been killed, while four troops have also succumbed to injuries. The DPO told VOA that fresh contingents of security forces have been deployed in the area. The police chief said that 18 persons were injured in the attack however, further search operation was underway. The police said that the attackers were armed with M4 guns and other equipment.

The banned Tehreek-e-Taliban-Pakistan (TTP) has accepted responsibility for the attack.

Khyber Pakhtunkhwa Chief Minister Mahmood Khan has condemned the terrorist attack in Tank and expressed condolence with the victims’ families. The Chief Minister said in a statement on Wednesday that he has sought report on the attack from the concerned authorities. The chief minister said that the entire nation stood by the security forces in the war against terrorism and the terrorists would never be allowed to succeed in their nefarious designs.