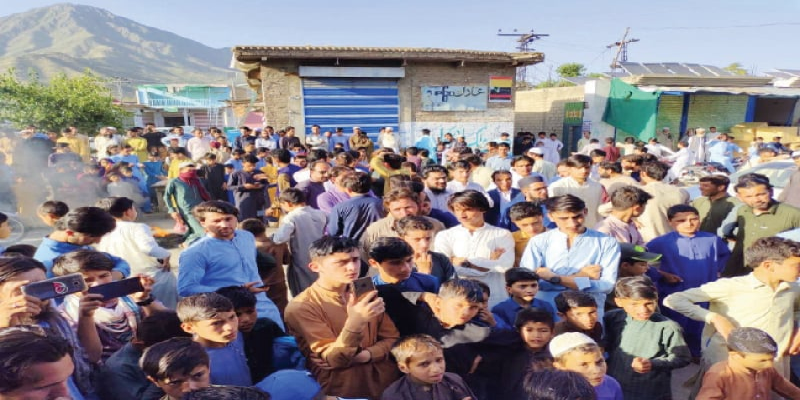 A number of political leaders, activists, traders, and local residents in Mamond tehsil of Bajaur district held a protest demonstration against the prolonged suspension of internet service in most parts of the area.

The protesters lamented that despite a lapse of over two months, authorities have failed to restore internet service, creating hardships for students, traders, and other local residents.

Addressing the demonstrators, local leaders asserted that the uncalled-for restriction on communication on one pretext or the other was a violation of fundamental human rights in the 21st century.

They said local residents could not communicate with their relatives residing in other parts of the country and abroad to earn a living for their families as employment and other educational opportunities for the locals were next to none in the area.

Activists demanded that the relevant quarters must immediately restore the service and put an end to the suffering of the indigenous masses.

A youth leader said people of the tribal areas in general and the Bajaur district, in particular, have already gone through a lot due to wave after wave of violence and instability, therefore the government must ensure the availability of basic amenities to the masses and device a multipronged strategy for the socio-economic upliftment of the affected areas.

Mobile phone dealers, telecom retailers, and other sectors of local business, in particular, are hit hard by the disruption.