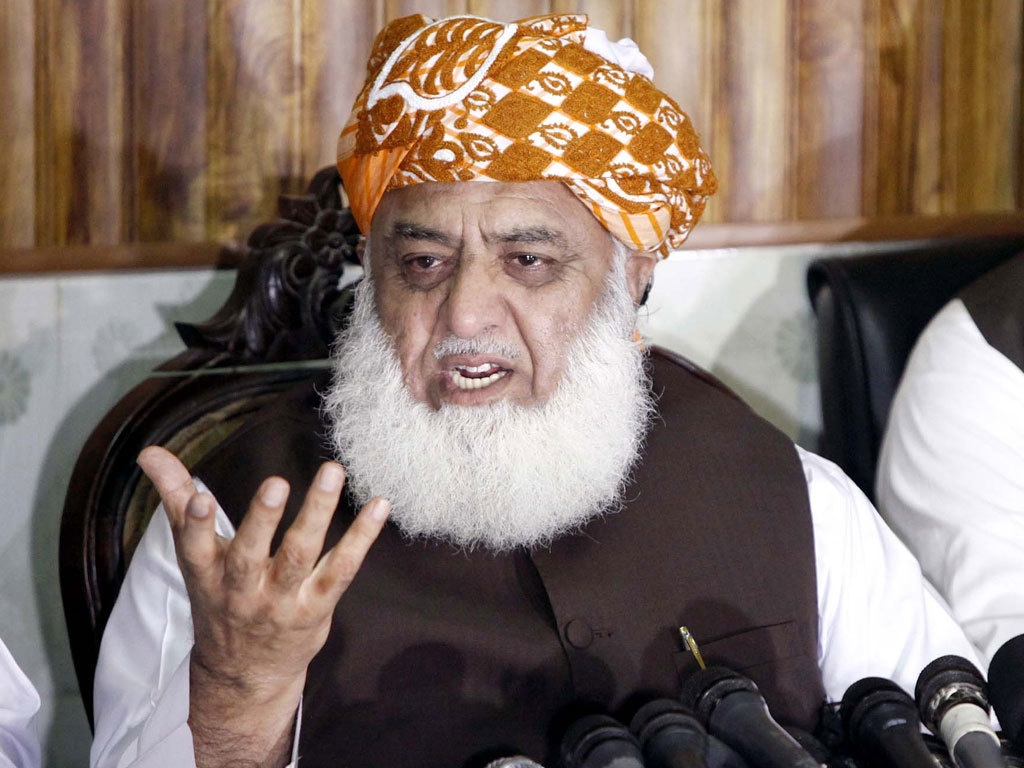 PESHAWAR: JUI-F chief Maulana Fazlur Rehman Tuesday said that the coalition government would move towards elections only after introducing electoral reforms in some areas.
“The election process will now be finalised through mutual consultation, Fazl said in an interview with BBC Urdu, declining to comment on the duration of electoral reforms.
Regarding speculations over immediate elections, the JUI-F chief further added that only one and a half years are left and the coalition government cannot expand its tenure beyond this period.
“We have just stepped out of murky waters, so there is no point going back therein”, he said in an apparent reference to the political crises the country had been facing for the last few months.
Fazl asserted that the country’s biggest problem at the moment is the economic crisis which needs to be fixed.
“Former prime minister Imran Khan has destroyed all the institutions during his four-year tenure and now the only question that lies ahead of us is whether we [the coalition government] could bring the country back on track and how long will it take,” he maintained.
‘Issues related to military shouldn’t be discussed in rallies’
Speaking about the appointment of the new chief of army staff after General Qamar Javed Bajwa’s tenure expires in September 2022, Fazl said: “I am not in the favour of discussing matters related to the appointment of the chief of army staff in political gatherings.”
The chief of the Pakistan Democratic Movement (PDM) — a multiparty alliance that led the movement against Imran Khan’s ouster — maintained that the military has its own system and the chief of army staff holds an important position. He further added that it depends on the government whether it wants to extend the tenure or appoint somebody else.
“The people of Pakistan should seriously consider that matters related to the appointment of the army chief should not be discussed in political rallies”, he added, as he accused Imran Khan of trying to divide the establishment.
“If there is any division in the civilian institutions then redress is possible; however, if there is division in the defence institutions or if civil institutions are turned against the national security institutions, then the whole country pays the price,” he asserted.
‘Imran was brought through a planned conspiracy’
Speaking about Imran Khan, Fazl told the publication that the PTI chairman was “installed on the throne of Islamabad under a foreign conspiracy”, recalling that he also said the same when he [Imran Khan] was made the prime minister of the country.
“Time has proved our point of view,” he said, raising the question that how is Imran Khan claiming that he has been removed from power through a “foreign conspiracy” when in reality, he was given power through an international conspiracy and was voted out by the Parliament.
‘Nawaz Sharif should return to Pakistan’
Regarding PML-N supremo Nawaz Sharif, Fazl said: “I have always been of the view that Nawaz should return to Pakistan and stay in the country.”
He further added that Pakistan is his [Nawaz Sharif’s] country and nobody can snatch away his nationality.
“Pakistan is his everything and he should return to Pakistan on the grounds on which he left the county,” he said, adding that all legal complications should be removed.