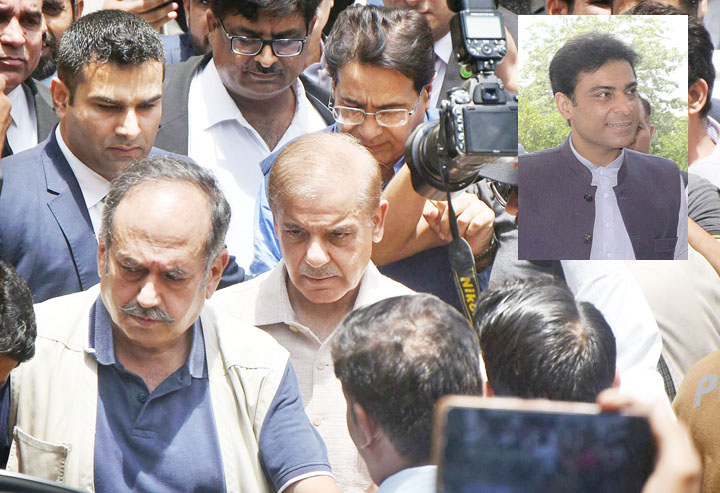 A special court in Lahore extended on Saturday the interim bail of Prime Minister Shehbaz Sharif and his son Punjab Chief Minister Hamza Shehbaz until May 28 in the hearing of a Rs16 billion money laundering case against them.

However, presiding judge of the Special Court (Central-I), Ijaz Hassan Awan, issued arrest warrants for Suleman Shahbaz, Tahir Naqvi and Malik Maqsood in the case, as they were not present. The hearing was subsequently adjourned until May 28.

Shehbaz and Hamza were set to be indicted in the case in the previous hearing on May 14 but it was delayed because the prime minister was in the UK and postponed his return to the country in order to visit the UAE to offer condolences over the death of its president.

At the outset of the hearing, Judge Awan observed that conditions outside the court were “not good”, referring to security personnel obstructing the entry of people onto the court premises. PM Shehbaz responded that he would look into the matter.