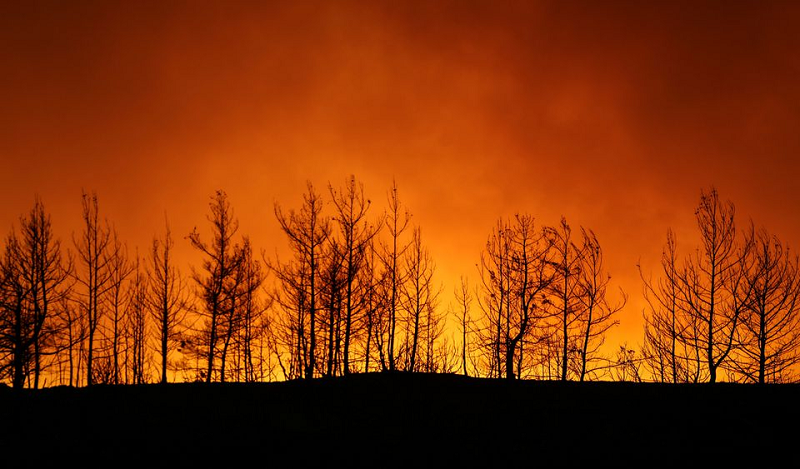 Khyber Pakhtunkhwa government has declared emergency after raging of the fire at Koh-e-Sulaiman forest region.
In a statement, Minister for Local Government Faisal Amin Khan said three people have died and four others injured after being trapped in fire, Radio Pakistan reported.
He said security forces, rescue organizations and locals are working tirelessly to contain major fire on Balochistan side while teams and machinery on Khyber Pakhtunkhwa side are also working to create access to the terrain area.
The Minister said lack of water on site and steep cliffs make it extremely difficult for approach.
He said chilghoza, pine and olive trees over 400 acres on Khyber Pakhtunkhwa side have been affected as the strong winds are enhancing intensity of the fire.
The Chief Minister Khyber Pakhtunkhwa has issued instructions to all departments for cross border support to protect people and its natural resources, said the minister.
Meanwhile, on the directives of Chief Minister Balochistan, the Chief Secretary Balochistan has established a task force, led by Secretary Forest, to implement rescue and relief operations of extinguishing the fire on pine trees in district Sherani.
According to an official handout, the task force will coordinate with federal and provincial departments, national and international donors for rehabilitation operations through appropriate channels.
The task force will also assess damages of properties, loss of precious human lives and submit reports on daily basis.