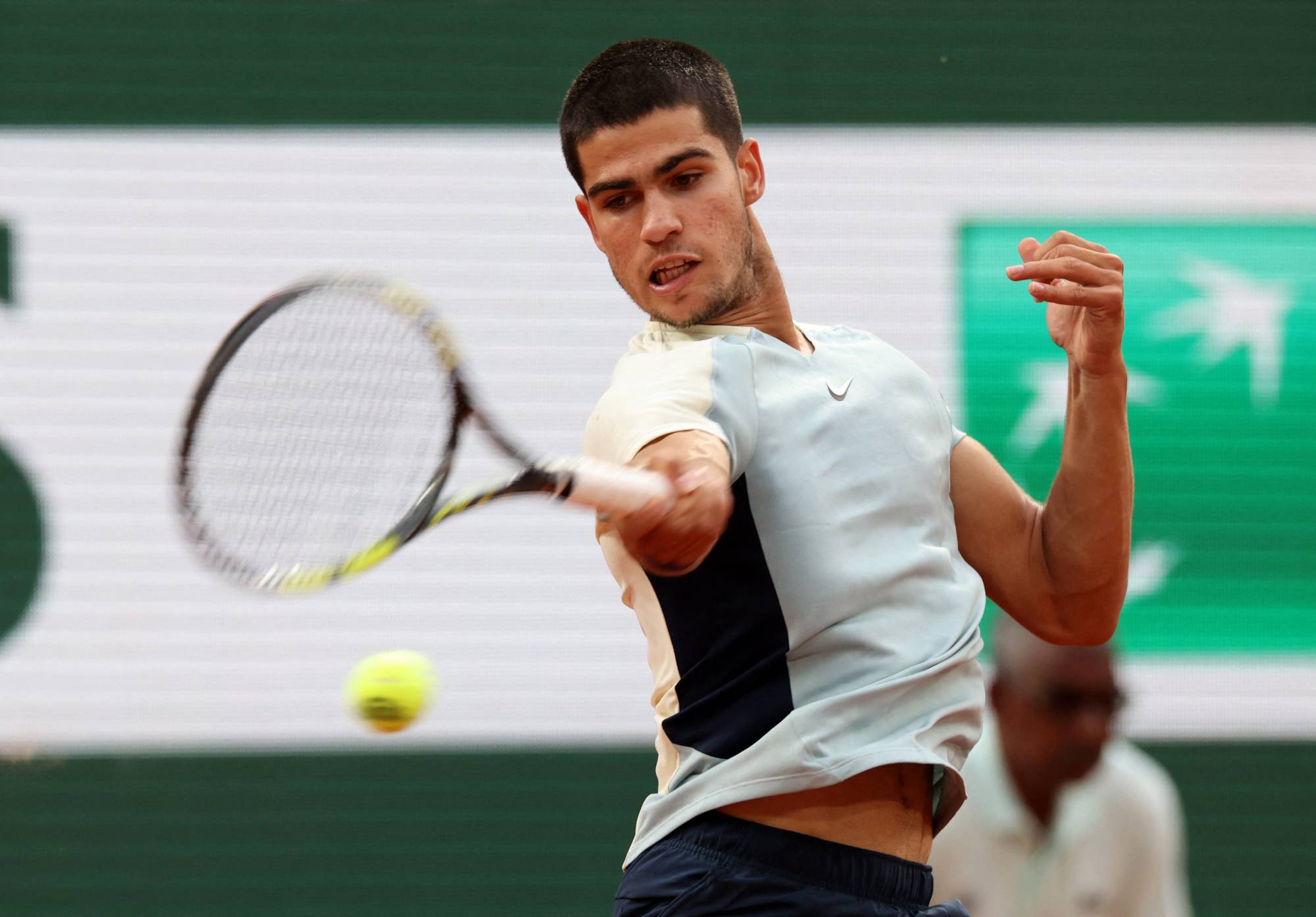 Share
Tweet
Share
Share
Email
Comments
Teenage Spanish star Carlos Alcaraz said the best part about being touted as the future of Grand Slam tennis was that he is realising a “dream that is not for everyone”.
The 19-year-old defeated Argentine lucky loser Juan Ignacio Londero 6-4, 6-2, 6-0 to advance to the second round of the French Open on Sunday.
Bidding to become just the eighth teenager to capture a major men’s title, he is tipped to end the dominance of 13-time Roland Garros champion Rafael Nadal and two-time winner Novak Djokovic.
“I would say the best thing about being Carlos right now is that I’m reaching my dream,” said Alcaraz, who reached the third round in Paris a year ago on his main-draw debut as a qualifier.
“I’m really happy with playing tennis, playing these kind of tournaments, these kind of stadium, is not for everyone, so I would say that is the best thing.”
See also  FIFA lifts ban on Pakistan Football Federation