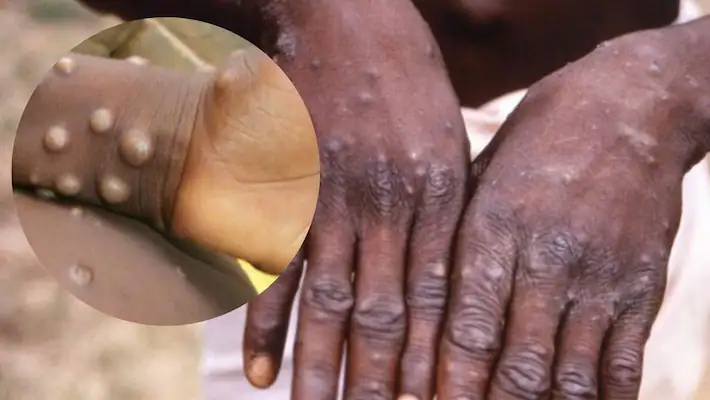 National Institute of Health (NIH) on Monday said that all the national and provincial health authorities have been advised to remain on high alert for any suspected case of Monkeypox.
According to NIH’s alert issued on multi-country Monkeypox outbreak in non-endemic countries to concerned health authorities and professionals at all levels, stakeholders especially Central Health Establishment including monitoring points of entry have also been asked to remain vigilant.
It added, timely detection and notification is important for prompt implementation of preventive measures and all public and private hospitals have been directed to ensure readiness for isolation and treatment.
The situation has urged all countries to enhance surveillance and vigilance. The Centre for Disease Control, NIH is monitoring the situation and will keep the stakeholders updated, it added.
As per alert, a recent surge of Monkeypox disease cases have been reported by the non-endemic countries including UK, Spain and Canada and a total of 92 confirmed and 28 suspected cases have been reported till date.
It added, Monkeypox is a rare viral zoonotic disease that is caused by infection with Monkeypox virus. Although natural reservoir of Monkeypox remains unknown, however, African rodents and non-human primates like monkey may harbor the virus and infect people.
The patient develops a rash within one to three days after the appearance of fever, often beginning on the face then spreading to other parts of the body. Other symptoms include headache, muscle aches, exhaustion and lymphadenopathy.
The incubation period is usually seven to 14 days but can range from five to 21 days. The illness typically lasts for two to four weeks.
The alert said that the transmission occurs via contact with infected animal, human, or materials contaminated with the virus. The virus enters the body through broken skin, respiratory track, or the mucous membranes like eyes, nose or mouth.
Other human-to-human methods of transmission include direct or indirect contact with body fluids, lesion materials or through contaminated clothing or lines.