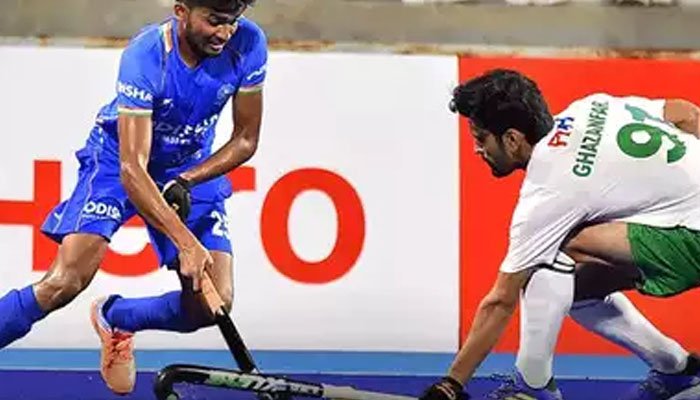 Share
Tweet
Share
Share
Email
Comments
Rana Abdul Waheed scored a match-saving last-minute goal against India as Pakistan ended their first match in a 1-1 draw in Asia Cup 2022.
Pakistan managed to make the most of the last penalty corner with Waheed netting the ball, dodging the Indian goalkeeper by a few inches. The goal gave relief to the Pakistani camp after they had a tough time on the field throughout.
Starting off, India scored an early goal in just the ninth minute of the match. Their 20-years-old debutant Karti Selvam netted the ball to give an early lead to India who then didn’t allow Pakistan to take many chances.
However, the Green Shirts missed four straight chances to shatter their confidence.
In a nail-biting finish, Pakistan launched back-to-back attacks in the twilight phase of the game which finally gave them a breakthrough just a minute to go in the match.
Green shirts will next play against Indonesia on May 24 followed by their match against Japan on May 26.
See also  FIFA lifts ban on Pakistan Football Federation