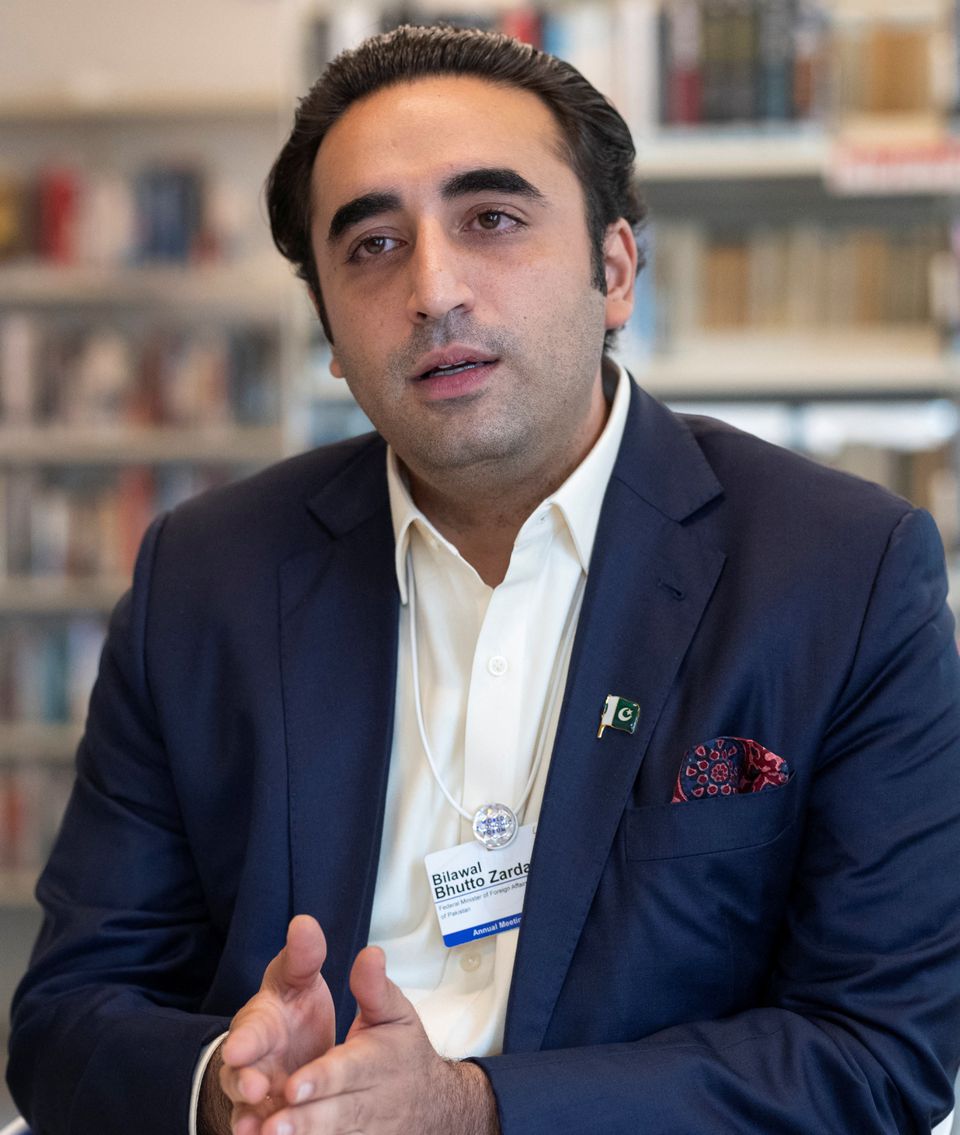 DAVOS, Switzerland: An ongoing bailout deal between Pakistan and the International Monetary Fund (IMF) is “outdated” given a number of global crises, Foreign Minister said on Wednesday, as the country struggles to implement targets set by the lender.

The foreign minister, Bilawal Bhutto Zardari, said it would be justified for Pakistan to plead this case before the IMF in current talks.

Pakistan entered a three-year, $6 billion IMF deal in 2019, but is struggling to implement tough policy commitments. Talks are under way in Doha, the Qatari capital, to release funds to stabilise Pakistan’s struggling economy. read more

“This IMF deal is not based on ground realities, and the context has absolutely changed from the time that this deal was negotiated,” Bhutto Zardari told Reuters on the sidelines of the World Economic Forum in Davos, Switzerland.

Terming the deal “outdated,” he said it would be unfair and unrealistic to expect a developing country like Pakistan to navigate geopolitical issues under the current agreements.

The IMF deal was struck by the government of former Prime Minister Imran Khan, who last month was voted out of power by a combined opposition – of which Bhutto Zardari is a part – based on his handling of the economy.

“We have to engage with the IMF and we have to keep Pakistan’s word to the international community. … However, going forward, it is very legitimate for Pakistan to plead its case,” Bhutto Zardari said.

Under the programme, Pakistan has committed to fiscal consolidation, and would require the removal of large unfunded subsidies on fuel and power, which are costing the cash-strapped country billions as global oil prices rise.

A pending tranche of over $900 million is contingent on a successful IMF review, and would also unlock other multilateral and bilateral funding for Pakistan, whose foreign reserves currently cover just two months’ worth of imports.

IMF staff made “considerable” progress during in-person and remote meetings with Pakistani authorities in Doha from May 18-25, the IMF said in a statement on Wednesday.

Porter noted that Pakistan had deviated from policies agreed in the last review of its Extended Fund Facility program, and said the IMF officials had emphasized the urgency of removing fuel and energy subsidies to get back on track with reforms.

Pakistan is faced with high inflation numbers – CPI inflation clocked at 13.4% in April. A removal of fuel subsidies would likely have political consequences for the country’s new coalition government with elections expected within 16 months.

Bhutto Zardari said he had earlier this month flown to the United States and met Secretary of State Antony Blinken in an effort to engage Washington, despite anti-American sentiment being whipped up by his political rival Khan in Pakistan.

Khan alleges that Washington conspired with his political opposition to oust him from power because of his independent foreign policy, which included a trip to Moscow to meet Russian President Vladimir Putin. Washington denies the allegation.

The two countries, once close allies, have had frosty relations in recent years.

Bilawal Bhutto said, despite the possibility of the U.S. visit being used against him politically, that it was not in the interest of Pakistan to conduct foreign relations on the basis of domestic pressures.

He also said he envisaged a role for Pakistan that bridges the gap between the United States and China. The United States is Pakistan’s top export market and China is pledging billions of dollars of investment under its Belt and Road Initiative.

On Afghanistan, Bhutto Zardari said he would like to see the Taliban regime live up to commitments made to the international community, including those on women’s rights and education.

“We believe that if we address the humanitarian and economic issues, it’ll be easier for us to get to the new regime in Afghanistan, to comply if they have the economic and political space to do so,” he said.