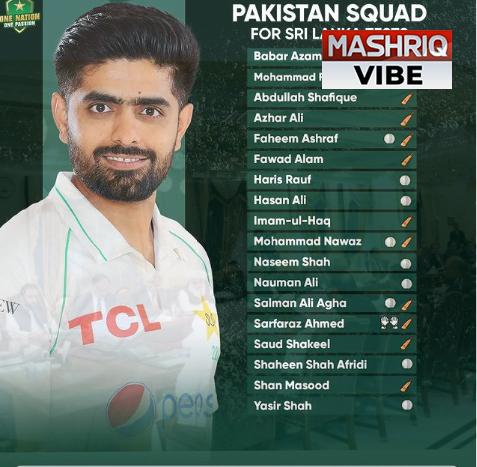 LAHORE: Pakistan Cricket Board has announced an eighteen member national test squad for the tour of Sri Lanka.