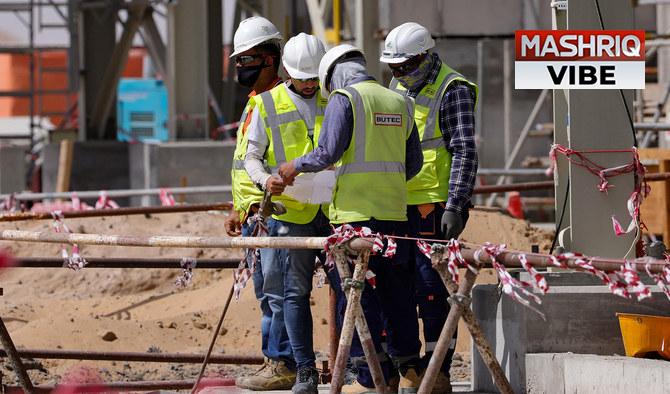 DUBAI: After a sharp decline in the number of Pakistanis who moved to the UAE for jobs in 2020 and 2021, mostly owing to the coronavirus pandemic, a senior diplomat said the numbers had risen once more – by about 120 percent.

As per data from the recently released Pakistan Economic Survey, the number of Pakistanis registered with the Bureau of Emigration and Overseas Employment (BE & OE) to work in the UAE halved to 27,442 in 2021 as compared to 53,676 in 2020.

According to the survey, the COVID-19 pandemic has hampered manpower export to the UAE not only from Pakistan but other regional countries as well. Seventy percent of the job market for Pakistanis in the UAE is made up of unskilled labor including gardeners, riders, taxi drivers and security guards as well as people working in the hospitality industry.

In an interview with Arab News this week, the Consul General of Pakistan to the UAE, Hassan Afzal Khan, quoted unpublished data from the BE & OE and said as of May 2022, the total number of Pakistanis seeking jobs in the UAE had increased to 62,615 – a jump of 120 percent from the past year.

“According to these figures, there is a massive improvement in the number of Pakistanis who want to migrate to the UAE,” Khan said.

The decline in migration in 2020-21 was attributed to the local market becoming highly competitive for job-seekers, especially for the semi-skilled, he said.

With this unusual decline, the UAE became the fourth largest destination of preference for the Pakistani diaspora in 2021 as compared to previous years when it was the second major destination for South Asian nationals, after Saudi Arabia, according to the Economic Survey.

“As per the recent survey, we can see that the UAE hasn’t lost its place and is back on the second spot after Saudi Arabia,” said Khan.

The consul general said the mission was working to raise the minimum wages of Pakistani nationals in the UAE from the current Dh800 to Dh1,200 (approximately $330) per month to meet the increasing costs of living.

“We are trying to ensure that any contract that comes to us now meets the minimum wage criteria with the added benefits so that workers here can earn and send a substantial amount back home,” he said.

The reduced numbers of workers in the UAE has economic implications for Pakistan as overseas Pakistanis are major contributors to remittances.