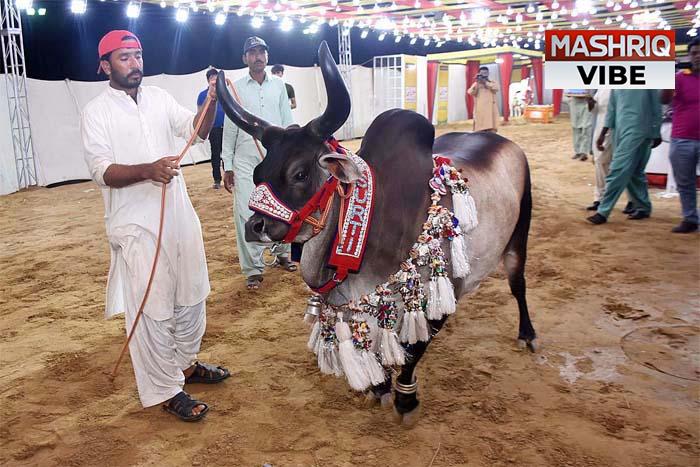 PESHAWAR: With fast approaching Eidul Azha and sale and purchase of sacrificial animals on peak, the lumpy skin disease seems to be overshadowing as Khyber Pakhtunkhwa witnessed outbreak of the viral disease.

Director General Livestock, Muhammad Alamzeb Khan informed on Thursday that at least 95 cattle have been killed and more than 5,147 infected since April lumpy skin disease-Commonly known as cow disease outbreak. The first case of lumpy skin was reported from D I Khan district on April 22.

More than 9 million cows and bulls are vaccinated against the viral disease; DG Livestock said adding that fumigation drives were also conducted to prevent the spread of the virus. “We have requested the government to provide more vaccines for the animals,”.

The vaccine costs Rs365 per dose, he said, urging affluent people to buy it so that free doses could be reserved for poor cattle owners.

To control the outbreak, he said that the government had set up 56 check posts at the entry and exit points of the province to monitor animals that were being brought to the livestock market.

Lumpy skin disease is carried by a vector, such as a mosquito or other parasites. Animals can also pass the infection on to each other in rare cases and contaminated surfaces can also sometimes spread the disease but it does not spread to other species of animals. The virus affects the nodes of animals and can eventually lead to large-sized lesions forming on the body.

The disease is known to have low morbidity but a strong impact on productivity. So far, there has been no known cure with culling cited as the only solution to stop the spread of the disease. Vaccination of cattle is the most effective method for controlling its spread, according to the European Food Safety Authority.

The World Organisation for Animal Health has said that the meat of the cattle infected with lumpy skin disease can be consumed by removing the affected areas.