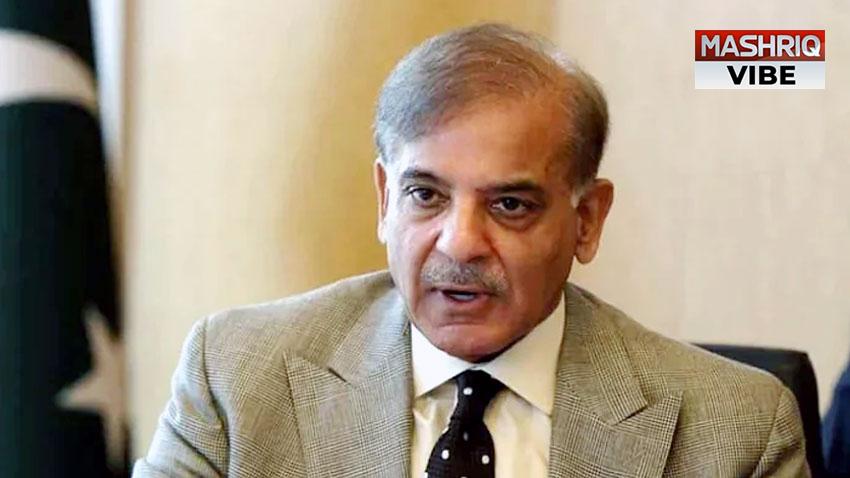 ISLAMABAD: Prime Minister Shehbaz Sharif on Thursday said the government was committed to steer the country out of the difficult economic situation and vowed to prioritize steps aimed at bringing prosperity and development.

Addressing the senators of Pakistan Muslim League-Nawaz, the prime minister said though the country could still face the difficult times ahead due to the inefficiency of previous regime, yet the coalition government would counter every challenge effectively.

The whole coalition partners, he added, were unanimous that thee 14-month tenure would be used for reformation and improvement by keeping the country ahead of political interests.

He pointed out that the Pakistan Tehreek-e-Insaf government had struck a deal with the International Monetary Fund (IMF) to pass on the change in fuel prices to the people, and had also agreed to raise petroleum levy by Rs 30.

However, he said, the previous government quashed the deal and suddenly reduced the petroleum prices in March (2022) at a time when the same had skyrocketed globally.

This abnormal imbalance left the country in a difficult economic situation, he added.

The prime minister said his government would keep the nation on board regarding difficult economic decisions and not deceive them, unlike the PTI regime.

The conditions for the deal with the IMF had been finalized, however, its positive results in the shape of development would take some time, he added.

He said the PTI government had no empathy for the common man as it ended several projects of the last Pakistan Muslim League-N tenure that were aimed at public welfare.

He said our forefathers had rendered immense sacrifices to establish a separate homeland to lead a comfortable life. However, during the last 75 years, all governments, including civil and military, could not help get that dream materialized.

He mentioned that the recent $2.3 billion loan from China was a respite in the current trying times.

For the first time in history, he said, a genuine tax was imposed on the net income of affluent persons to provide relief to poor, who were the real builders of Pakistan.
Also, to reduce the burden on poor, a Rs 2,000 stipend was announced to provide them relief, he added.

He termed it a political and religious obligation of the rich to accommodate the deserving people and contribute to the prosperity of nation.

He said in next few days, he would address the nation to take them on board regarding the steps taken by the government to improve the economic situation.

The prime minister regretted that several welfare projects launched by PM Nawaz Sharif were stopped by the PTI government. The laptop scheme was termed a “political bribe”, but the time showed that it became a source of online connectivity for the students during COVID-19 pandemic, he added.

He said Pakistan did not need a “Naya Pakistan”, but the Pakistan of Quaid-e-Azam Muhammad Ali Jinnah.

Shehbaz Sharif said the PTI regime with its negative approach inflicted damage to the ties with other countries, however, the present government was taking steps to mend them for the benefit of the nation.