LONDON: The list of contenders in the running to be the next UK prime minister is notably diverse – the result of years of work to promote ethnic minority talent within the conservative party. But would a black or Asian prime minister be a leap forward for racial equality in the UK?

When UK Prime Minister Boris Johnson announced his resignation on July 7, it kick-started the Conservative leadership contest in which members of the party will elect its next leader and, by default, the next prime minister of the UK.

Among the eight candidates who have received sufficient nominations to take part in the contest to replace Johnson, the list is notably diverse. Four are women, four did not attend the elite universities of Oxford or Cambridge – normally a prerequisite for prime ministers. And four have ethnic minority backgrounds.

One of these, ex-Chancellor Rishi Sunak, is currently a frontrunner, raising the prospect that a party traditionally seen as male, white and elitist could produce UK’s first-ever brown prime minister. Sunak was born in Southampton to Indian parents who emigrated to the UK from East Africa.

“We’re moving into an era where the immigrant story is an absolutely central part of the political story in every Western European country,” says Rob Ford, professor of political science at the University of Manchester, and author of Brexitland. In the UK, the appointment of the first black or brown prime minister “would be a symbolically powerful moment, and very significant in terms of how the nations sees itself and is seen by others”.

Changing the face of the party
The diversity of the candidates for leadership is the result of concerted effort. In 2005, party leader and future prime minister David Cameron announced an intention to “change the face of the conservative party” by increasing the number of female, disabled and ethnic minority MPs.

“They were seen as an intolerant and divisive party,” says Ford. “The goal was to renew the Conservatives appeal with ethnic minority voters, but also with liberal white voters for who the party’s reputation of intolerance was a major barrier to voting.”

Cameron went on to create an A-list of diverse candidates who were put forward for and went on to win seats in parliament. Since then, many of those MPs have risen to work at the top of government. The conservative party went from having its very first ethnic minority cabinet member in 2014 to the most ethnically diverse cabinet in British history in 2021.

“It really is an example of a leader’s policy choice 16 years ago, taking a long time to bear fruit,” says Ford. “But when the effect occurs, it’s quite dramatic. Essentially one in three of the ethnic minority MPs on conservative benches are currently standing for leader.”

A ‘disservice to equality’
Beyond a party rebrand, having such a diverse list of leadership contenders brings real benefits. “A diverse shortlist is fundamentally important to retaining the best talent for any role,” says Halima Begum, CEO of the Runnymede Trust, a UK think tank on race and minority issues. “But you have to separate out the issue of a diverse shortlist from whether then those candidates are doing the best they can for issues of diversity.”

The conservative party have a history of breaking such diversity barriers, producing the only ethnic minority UK prime minister to date in Benjamin Disraeli, who had Jewish heritage, and the first female prime minister in Margaret Thatcher.

However, during her 11 years in power Thatcher was often scathing in her appraisals of other women; only appointing one woman to her cabinet on the grounds that no others were good enough.

A similar scenario, where an ethnic minority leader does not guarantee wider advancement for diversity, is envisageable in 2022.

Leadership candidate and Attorney General Suella Braverman was born in the UK to parents from Mauritius and Kenya and has described herself as a “child of the British Empire”. The former barrister has already pledged, if voted leader, to wage a “war on wokeness” and to safeguard the government’s controversial plan to send asylum seekers to Rwanda, even if it means the UK is expelled from the European Court of Human Rights.

In 2021, leadership candidate and ex-Minister for Equalities, Kemi Badenoch, oversaw a controversial report from the commission on race and ethnic disparities which declared that “very few” inequalities in British society were “directly to do with racism”. She has pledged a push back against identity politics if she comes to power.

“You do a disservice to equality by saying once our prime minister is diverse, we are post-racial,” says Begum. “Our hope is to see a set of policies that actually promote more inclusion and diversity. And what would be incredibly disappointing is if any of those leadership candidates end up promoting policies that are actively harmful towards minorities.”

A ‘significant breakthrough’
The UK’s new prime minister will be announced on September 5. If Sunak does win the leadership race, he will become only the second black or brown leader in a western European country, following Ireland’s former head of government Leo Varadkar, whose parents are white Irish and Indian.

This would be remarkable, symbolically speaking. It would also be significant for Britain’s ethnic minority communities themselves. “It’s not a panacea to the structural disadvantages that those groups face but it does say something about acceptance,” says Ford. “Being absent from those top tables is something that’s bitterly felt, so the removal of that absence is a significant breakthrough.”

However, the conservative leadership contest comes in an exceptionally challenging context. There is a need to rebuild confidence in government following the outlandish controversies and spiralling unpopularity that dogged the final months of Johnson’s leadership. And there are no simple fixes for the cost-of-living crisis, ongoing divisions over Brexit, or complex trade negotiations in Northern Ireland.

“The ethnicity of our next PM is in many ways of secondary importance – what matters most is that the nation’s next leader does their very best by the country,” says Begum.

“The conservatives have historically been good at creating opportunities for the best talent and, in this case, the future PM’s job is to keep the conservatives in power. It doesn’t matter what ethnicity profile they have.”

There are indications the majority of the UK population agree. A 2022 poll from think tank British Future found that 84% of the British public would be comfortable with an ethnic minority prime minister. Some three quarters said that they saw ethnic diversity as part of British culture – a shift from 2011, where more than half saw ethnic diversity as a threat.

Whoever becomes prime minister in September, one of the most notable aspects of the conservative leadership contest could be that race is no longer a defining – or differentiating – factor for ethnic minority political leaders vying for the top job.

“I doubt their heritage or ethnicity will be mentioned very much at all unless they choose to mention it in the campaign,” says Ford. “It’s no longer a significant factor in how they’re being seen by their fellow citizens – although some people still have negative stereotypes on those grounds.”

“And it’s very significant that we could be arriving at a point where, for an awful lot of people, ethnicity just doesn’t enter their heads as a factor.” 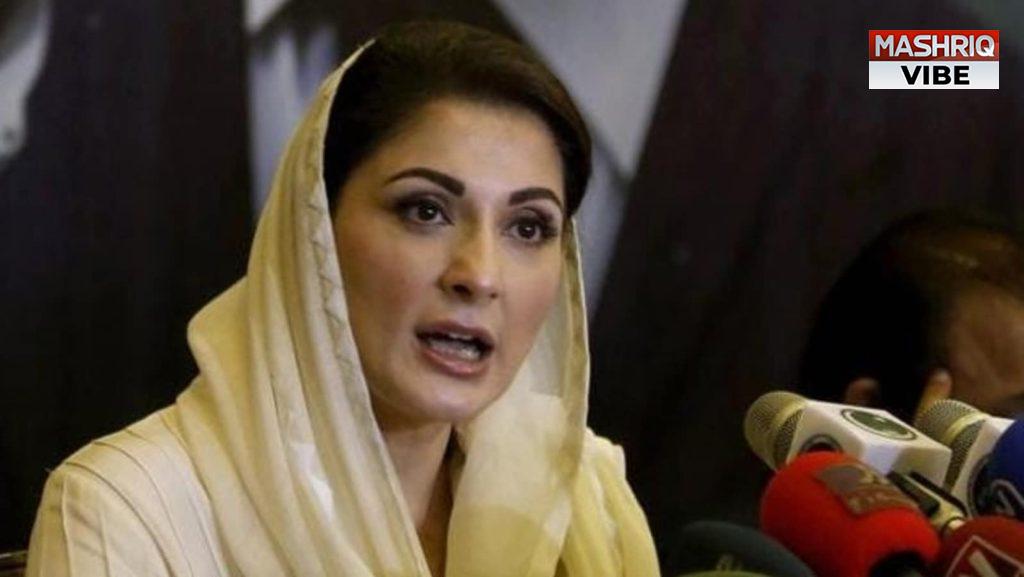 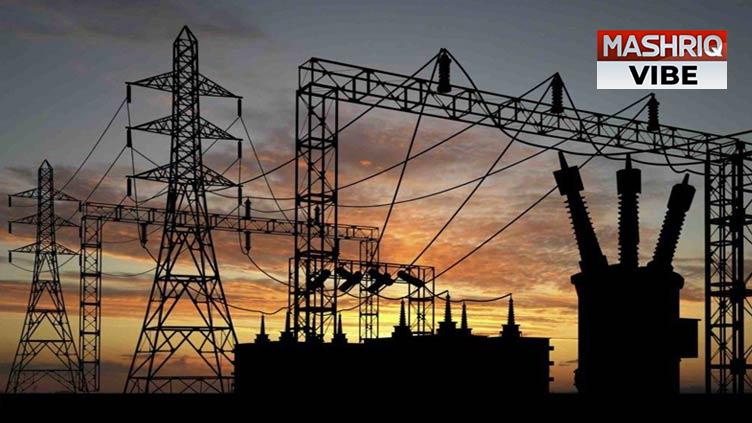 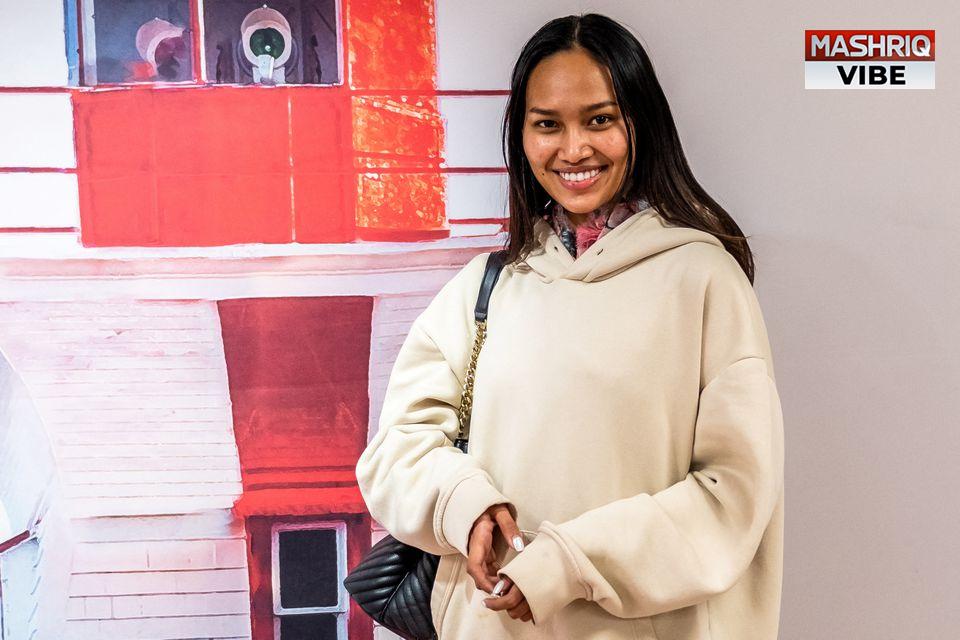 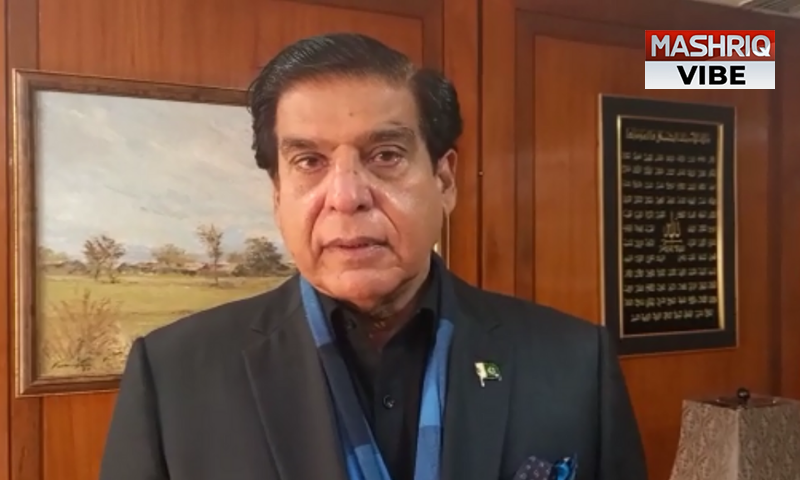 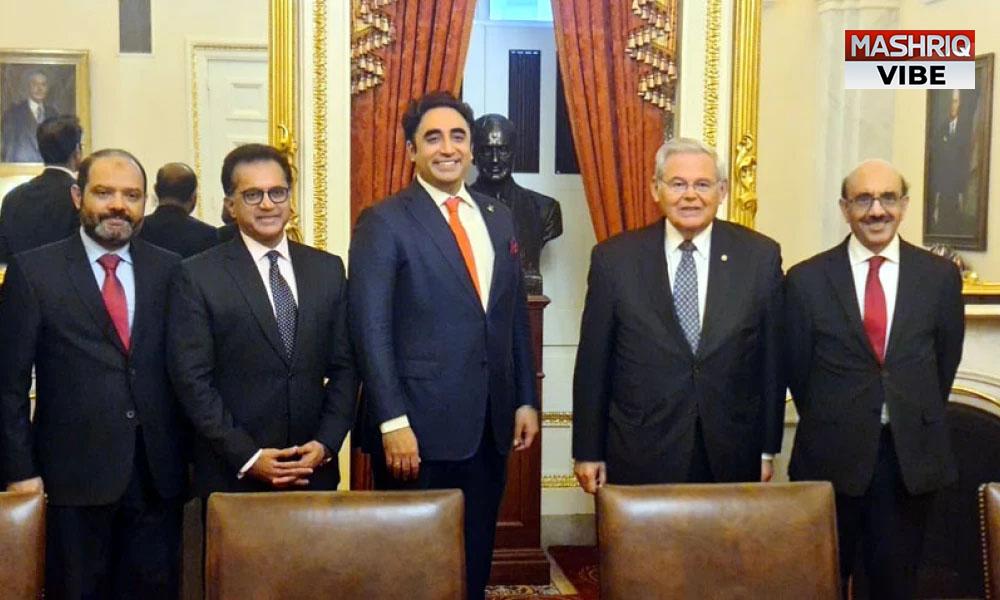 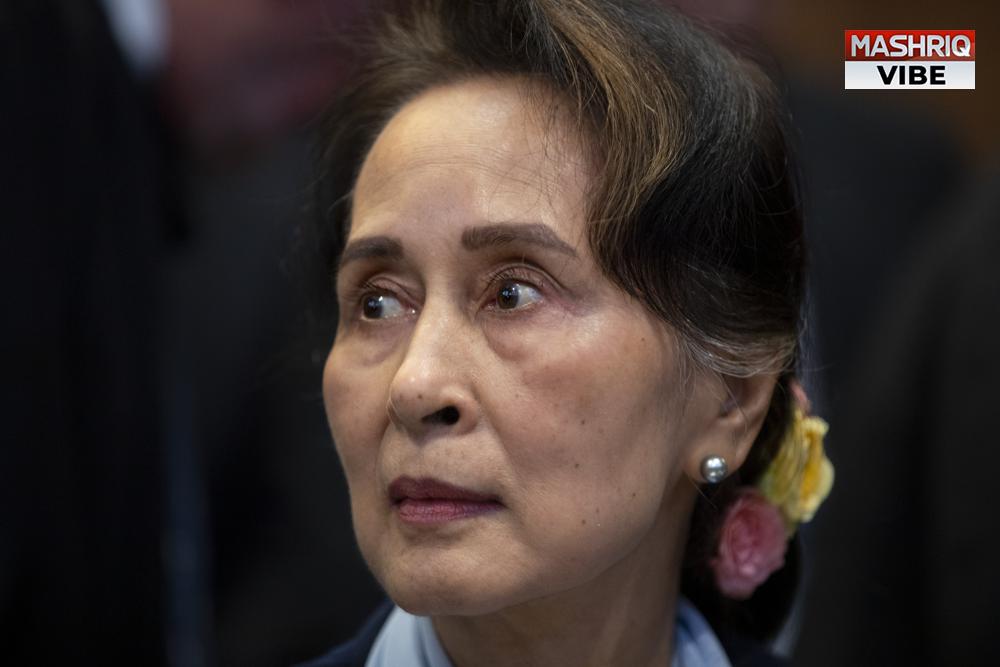 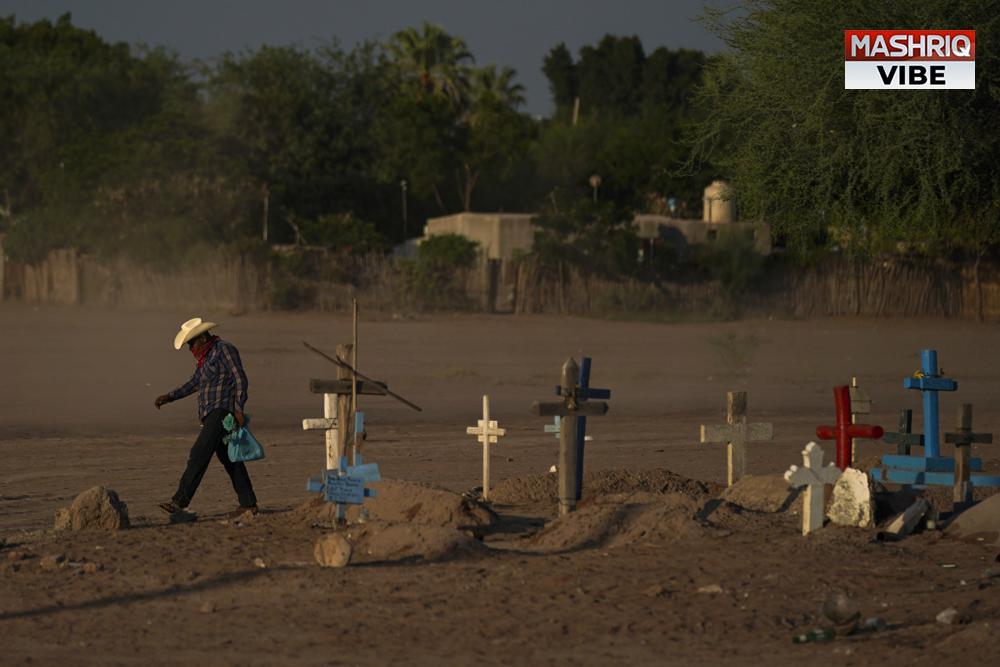 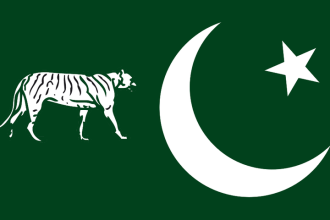 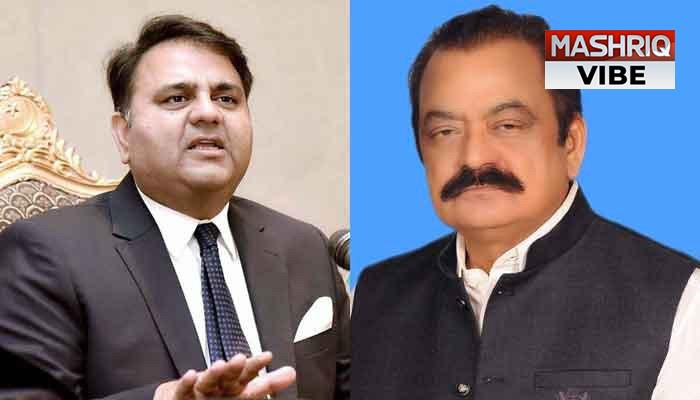 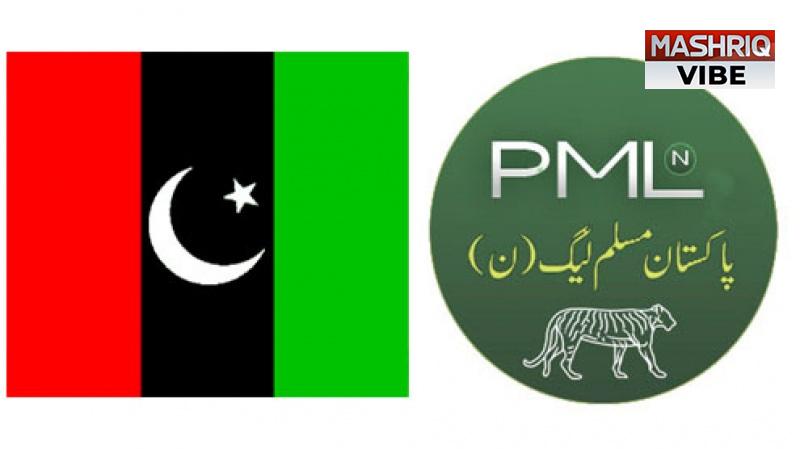 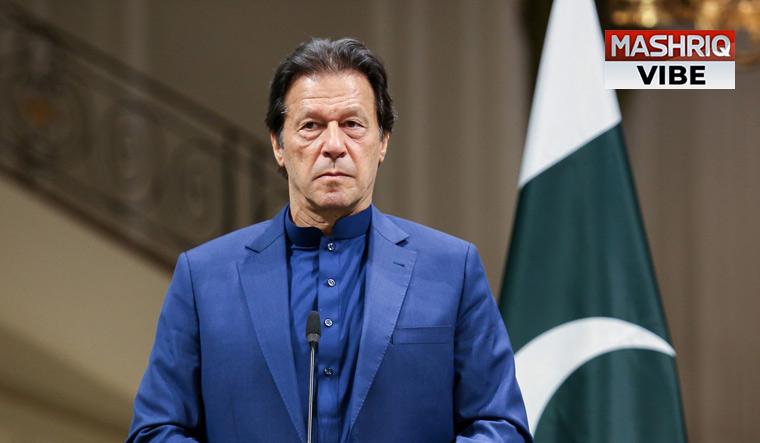 Will expose details about those who committed treason against country: Imran Khan