Govt imposes health emergency in KP to curb Covid-19
PESHAWAR: The government of Khyber Pakhtunkhwa has declared health emergency across the province in the wake of COVID-19 (Novel CoronaVirus) pandemic confirmed in all neighboring countries.
A notification issued here by provincial health department, it was said that Public Health Emergency of International Concern (PHEIC) declared by WHO on January 30, 2020 and subsequent declaration of health emergency by the federal government, a health emergency has been declared in the province.
It said that now cases of COVID-19 have been declared positive in the province with a serious threat of its further spread in the country and to the province.
It said extensive measures were required to be set in place for the preparedness, prevention, control and response to the spread of the disease.
It said that state of emergency has been imposed under section 6 (1) read with section 3 of the KP Public Health (Surveillance and Response) Act, 2017.
World Health Organisation (WHO) has expressed confidence in the way the Pakistani government has handled the novel coronavirus outbreak in the country.
“I am impressed by the swift and diligent way, the government has handled the crisis so far,” WHO’s Pakistan representative Dr Palitha Mahipala said.
He added the health organisation was committed to supporting the country every step of the way.
At least four cases of coronavirus have been reported in Pakistan so far.
Mahipala added that the COVID-19 outbreak was a public health emergency of international concern and all countries neighbouring Pakistan like Iran, Afghanistan, China and India had registered at least one confirmed case of the virus.
It is critically important that countries and international organisations worked for hand in hand to minimize the spread of the virus, he said.
To date, WHO has assisted Pakistan’s preparedness and response to COVID-19 in various ways.
As a priority, screenings of travellers at all points of entry to the country have been set up. Screenings are currently being carried out for international travellers who are arriving at airports in Islamabad, Lahore, Sialkot, Peshawar, Quetta and Karachi.
Screenings at Gwadar, Taftan and Chaman ground-crossing points have also been established for those entering from neighbouring Afghanistan or Iran.
Mahipala also urged the public to obtain the latest information on coronavirus from key sources and follow the recommended basic preventive and protective measures.
WHO's support
to Pakistan
According to WHO, after a series of rigorous tests and investigations, the government of Pakistan is now treating the patients as per standardised clinical protocols.
It added that agencies such as WHO were stepping up provision of immediate support to the health authorities so that preparedness and response measures were in place to handle the situation as it developed.
Moreover, WHO is supporting to bolster the surveillance system to ensure suspected cases are investigated in a timely manner and confirmed as per the set international standards.
The international agency has been supporting healthcare providers and facilities to build their capacity for the preparedness and response.
These measures included training health care providers on contact tracing and case definition for suspected and confirmed cases, case management and the infection, prevention and control measures, distributing personal protective equipment to health facilities, including at points of entry, for managing suspected and confirmed cases, activating or alerting rapid response teams and distributing information education and communications materials to raise public awareness and counter rumours and misinformation. - APP 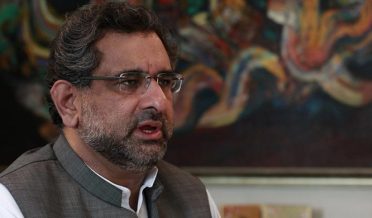