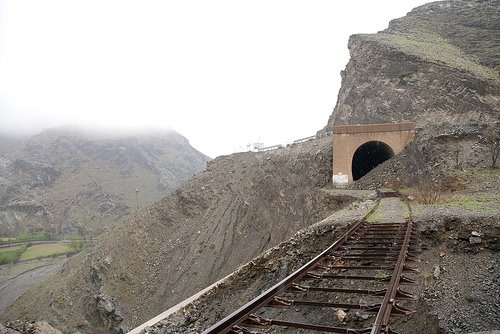 PESHAWAR: The Khyber Pakhtunkhwa government decided to restart the Khyber Safari train from Peshawar to Landi Kotal, near Pak-Afghan border.

The commissioner Peshawar, Riaz Mehsud, has directed the administration to clear encroachments along the railway track within 72 hours otherwise the administration will take strict action. Mehsud visited the railway track with the officials of Federal Board of Revenue (FBR). He was informed that the British-era track is completely encroached at 11 points in Khyber and Peshawar districts.

Earlier, the Divisional Superintendent (DS) Muhammad Yusuf, Chief Engineer of Pakistan Railway Headquarters, Lahore, and the technical team visited the railway track and identified the obstacles to the restoration of the historic track from Peshawar to Torkham. The officials also reviewed the progress on the restoration of the railway track. “An initial report on the integration of the Integrated Transit Trade Management System will be prepared soon with the FBR authorities,” Yusuf told the media after his visit to the railway track. Yusuf hoped that rehabilitation of Peshawar-Torkham track will contribute million of revenue for the national exchequer as it will boost tourism sector.

The Khyber Pakhtunkhwa (KP) Secretary for Tourism, Culture and Archaeology Abid Majeed said that during the safari train journey, tourists would visit various stations and historical venues for other recreational activities such as camel rides. The safari train from Peshawar- Attock Khurd was restored earlier. The last time it ran just a few weeks before the corona-virus outbreak.