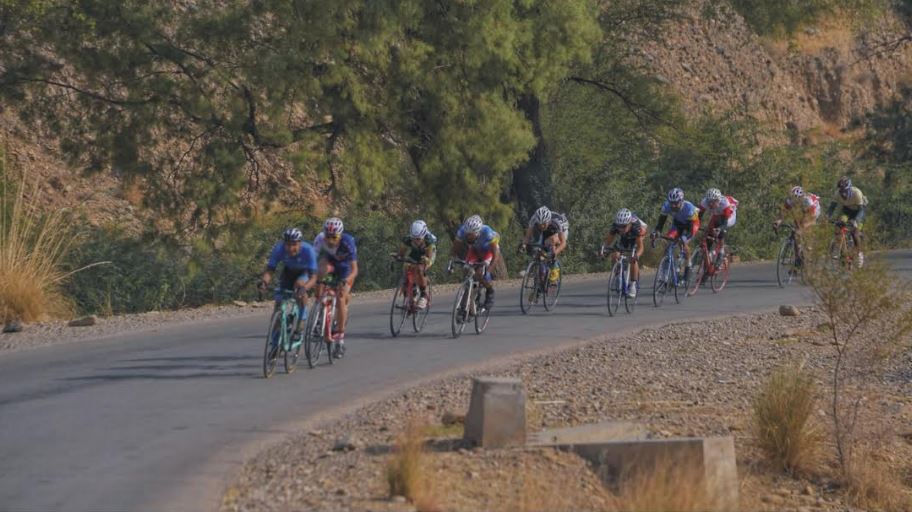 The race started from Tank and ended at Gomal Zam dam after covering a distance of 74 km.

The race started from Tank and ended at Gomal Zam dam after covering a distance of 74 km. Traditional dances, horse dances and performances of traditional attend dance were some of the features of the second phase.

At the closing ceremony, Lieutenant Colonel Hamid Mukhtiar distributed prizes among the winners of the second round. The third and final stage of Tour de Waziristan cycle race will start from Gomal Zam Dam today and will end at Wana Waziristan.

About 50 cyclists from 7 units including Sindh, Balochistan, Punjab, Baikistan Academy Karachi, Islamabad and Khyber Pakhtunkhwa are participating in the race. Ali Ilyas from Karachi has secured position in the first stage – from DI Khan to Tank – on Sunday. The first Tour De Waziristan cycling race will be completed in three phases by covering a distance of 189 km. The officials added that the purpose of the event is to promote tourism in tribal districts of the province.