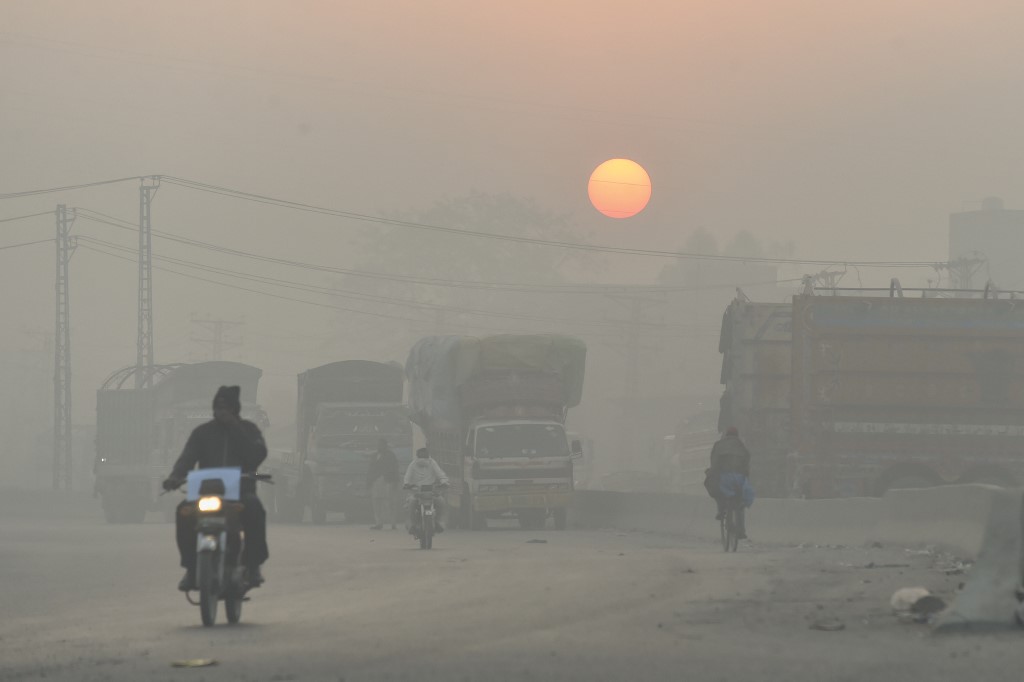 According to doctors, children and the elderly are most affected by smog and therefore should stay indoors when smog increases.

PESHAWAR: Air pollution in Lahore – Pakistan’s second largest city – could not be reduced despite all the measures of the provincial government. The smog has led to the closure of schools, offices and bazaars in the city.

The Air Quality monitors have declared Lahore the most polluted city in the world. The city air quality ranking was 349 leaving behind the Vietnamese capital Hanoi (234), Indian city of Calcutta (195) on Monday, 13 December. Until recently, Karachi was ranked 12th, but according to a recent report by the Air Quality Index, Karachi is now ranked 19th.

Lahore continues to wheeze under blanket of dense smog

Citizens of other Punjab’s major cities including Faisalabad, Gujranwala, Muridke, Raiwind, Rawalpindi, Bahawalpur and Multan are facing difficulties due to air pollution. On 22 November, the Punjab government had decided to close government as well as private schools because of the rising smog. The high court had also directed the government to reduce attendance in government offices by 50% in Lahore.

Health experts and environmentalists have urged the government to declare health emergency in the province as steps taken by the government remained ineffective to control air-pollution in the city. According to a 2021 study conducted by the University of Chicago on air pollution in countries around the world, the average life expectancy of people living in Lahore could decrease to four years due to environmental pollution. The study said that because of environmental pollution, the lives of Pakistani citizens are declining by an average of nine months.

Health experts believe that colds, coughs, sore throats, shortness of breath and eye irritation are some of the common symptoms that affect people of all ages due to smog. While smog also causes damage to human health that may not appear immediately, but can infect anyone with a contagious disease, such as lung damage or cancer.

According to doctors, children and the elderly are most affected by smog and therefore should stay indoors when smog increases.