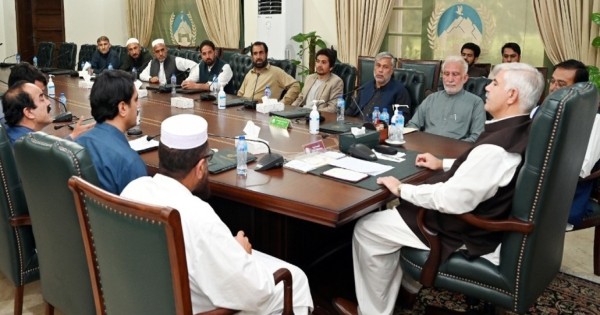 He termed the development of all the districts of the province as part of his government’s priorities and said that several development projects worth billions of rupees have been launched in Lower Dir, some of which are in the final stages of completion. These projects include Chakdara to Dir Motorway, Chakdara Bypass Road, Timergara Water Supply Scheme, Dir Medical College, District Headquarters Hospital in Timergara Category A, Up-gradation of University Campus, Talash Bypass Road, Khal Greater Water Supply, Timergara Sports Complex, Gopalam Irrigation Scheme and other important projects.

He clarified that the candidates with bat symbols will be the PTI candidates in the 31 March local government elections. He said that he was personally monitoring the progress on the ongoing development projects in Lower Dir so that these projects could be completed on time.

The Chief Minister said that the provincial government is trying its best to complete all the ongoing projects in the same period and also to start the practical work on the newly approved projects in the same period. He was talking to two separate delegations consisting of elders of Lower Dir and activists of Pakistan Tehreek-e-Insaf (PTI) led by Special Assistant to Chief Minister Khyber Pakhtunkhwa Malik Shafiullah Khan and Member Provincial Assembly from Dir Lower Humayun Khan.

The Chief Minister said that he considers Dir as his second home. “The number of development projects approved in Lower Dir and Upper Dir under the present government is unprecedented,” the chief minister said. The Chief Minister urged the party workers to fully support the party in the coming local government elections and maintain unity and harmony in their ranks for the success of the party candidates.