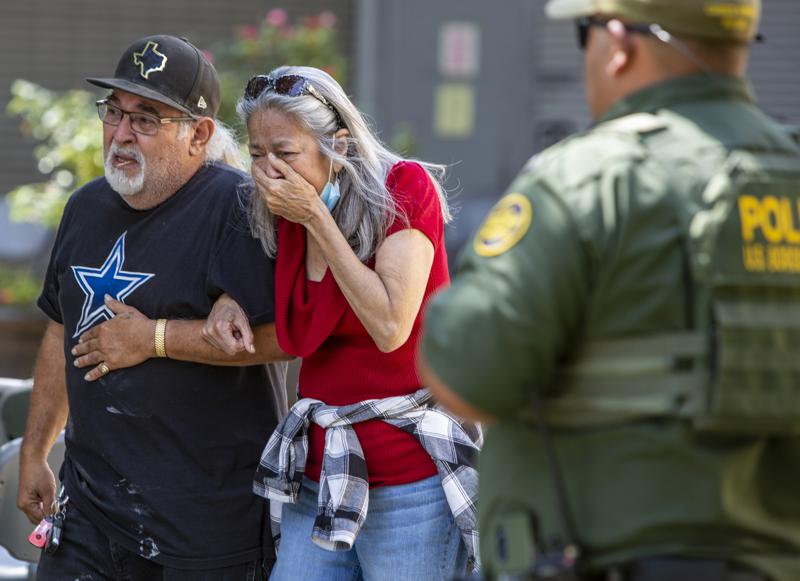 UVALDE, Texas: An 18-year-old gunman opened fire Tuesday at a Texas elementary school, killing at least 19 children as he went from classroom to classroom, officials said, in the latest gruesome moment for a country scarred by a string of massacres. The attacker was killed by law enforcement.

The death toll also included two adults, authorities said. Gov. Greg Abbott said one of the two was a teacher.

The assault at Robb Elementary School in the heavily Latino town of Uvalde was the deadliest shooting at a U.S. grade school since a gunman killed 20 children and six adults at Sandy Hook Elementary in Newtown, Connecticut, almost a decade ago.

“My heart is broken today,” said Hal Harrell, the school district superintendent, announcing that all school activities were canceled until further notice. “We’re a small community, and we’re going to need your prayers to get through this.”

The attack also came just 10 days after a deadly, racist rampage at a Buffalo, New York, supermarket that added to a yearslong series of mass killings at churches, schools and stores. And the prospects for any reform of the nation’s gun regulations seemed as dim as in the aftermath of the Sandy Hook deaths.

President Joe Biden appeared ready for a fight, calling for new gun restrictions in an address to the nation hours after the attack.

Many of the injured were rushed to Uvalde Memorial Hospital, where staff members in scrubs and devastated victims’ relatives could be seen weeping as they walked out of the complex.

The gunman, who was wearing body armor, crashed his car outside the school before going inside, Sgt. Erick Estrada of the Texas Department of Public Safety told CNN.

He killed his grandmother before heading to the school with two military-style rifles he had purchased on his birthday, according to state Sen. Roland Gutierrez, who said he had been briefed by state police.

“That was the first thing he did on his 18th birthday,” he said.

Officials did not immediately reveal a motive, but the governor identified the assailant as Salvador Ramos and said he was a resident of the community about 85 miles (135 kilometers) west of San Antonio.

Ramos had hinted on social media that an attack could be coming, Gutierrez said, noting that “he suggested the kids should watch out.”

A Border Patrol agent who was working nearby when the shooting began rushed into the school without waiting for backup and shot and killed the gunman, who was behind a barricade, according to a law enforcement official speaking on condition of anonymity because he was not authorized to talk about it.

The agent was wounded but able to walk out of the school, the law enforcement source said.

It was not immediately clear how many people were wounded, but Arredondo said there were “several injuries.” Earlier, Uvalde Memorial Hospital said 13 children were taken there. Another hospital reported a 66-year-old woman was in critical condition.