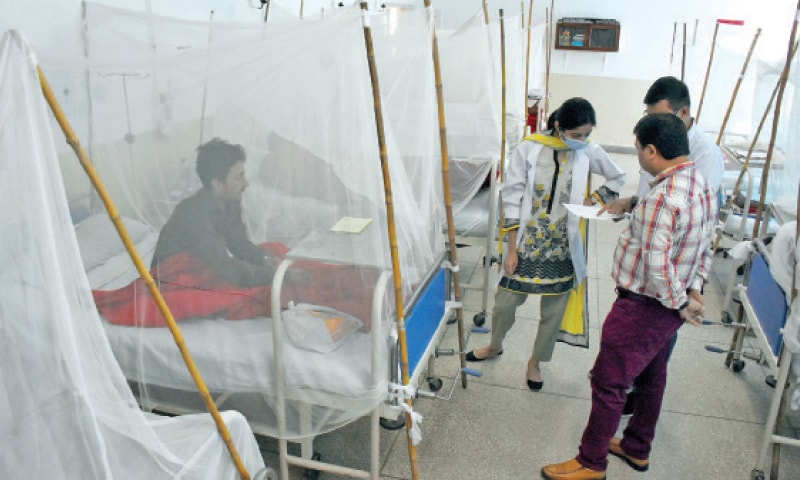 The KP health department has reported 135 new dengue patients taking the total number of cases in the province to 2796.

PESHAWAR: There is no letup in dengue virus cases as public and private hospitals in Khyber Paktunkhwa continue to receive patients. The provincial health department has reported 135 new dengue patients taking the total number of cases in the province to 2796.

The Khyber Pakhtunkhwa (KP) health department said that two cases have been reported from Abbottabad, 38 from Peshawar, 5 from Batagram, one case from Buner, 14 cases from Dir Lower, 39 from Haripur, 12 from Shangla, two from Swabi, three cases from Charsadda and one case from Buner district.

The health departments authorities said that so far 19267 patients were tests for dengue virus of which 210 were tested positive.

The Program Manager Malaria and dengue Control Dr Rehman Afridi told Mashriq Tv that the virus exit in Pakistan for the last 10 years and there has been a major outbreak in 2017 in Peshawar when hundreds of cases were reported and dozens of people lost their lives, especially in Peshawar.

Dr Afridi said that a compered to the past, but now the number of cases has declined. He said that the government is making every possible effort to eliminate the disease, however, the plan made by the health department would take at least three years to completely eradicate the virus from the province. Afridi informed that the dengue mosquito finds conducive environment during August to November. He hoped that after November, the dengue mosquito will automatically lose its ability to survive.

The program manager said that they have setup camps in affected areas of the province to detect active cases. He said that the test facility is being provided free of cost with the aim to isolate positive patients in government hospitals. He urged the people to protect themselves from mosquitoes’ bite, especially in the area affected by dengue fever. 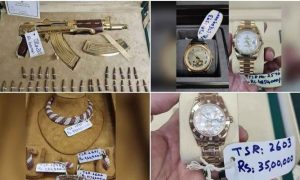