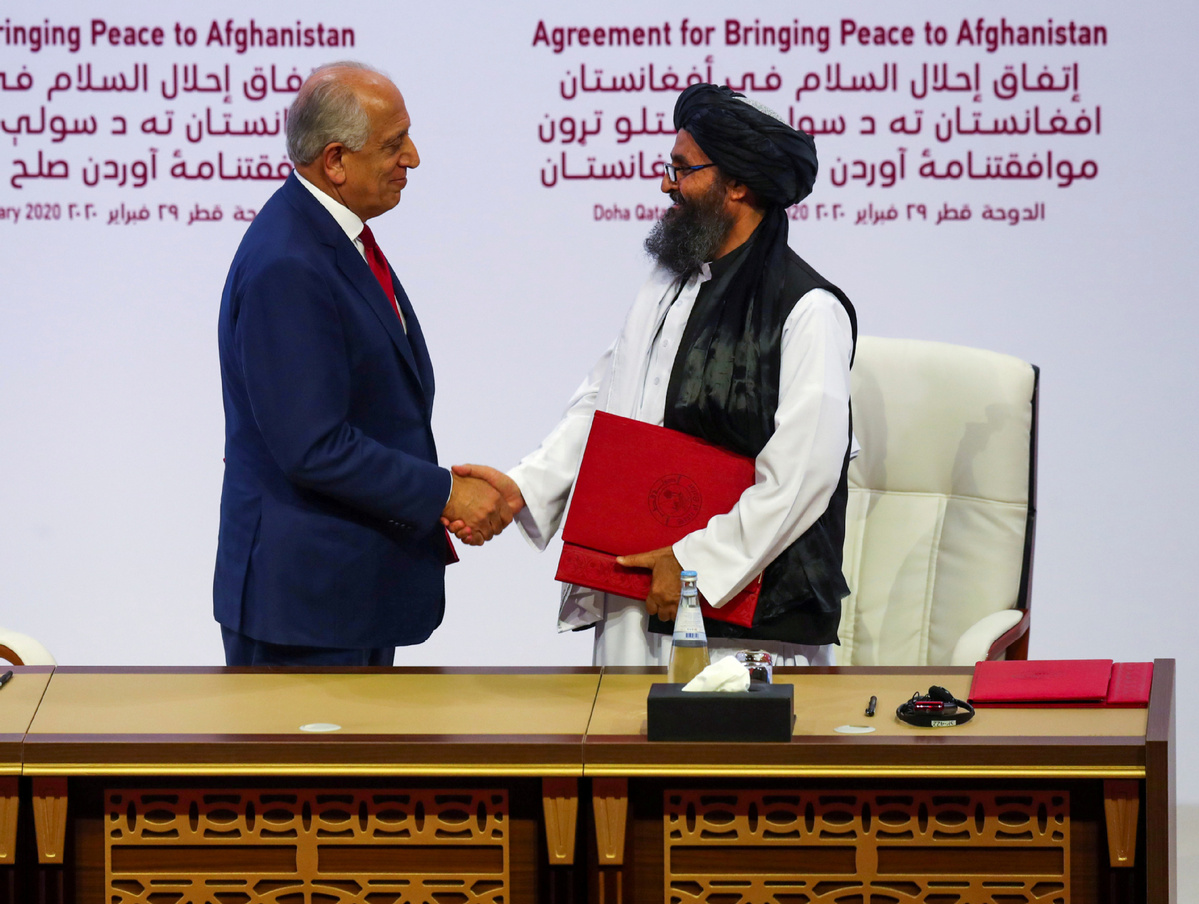 PESHAWAR: The United States Special envoy for Afghanistan Zalmay Khalilzad has resigned less than two months after the US troops withdrawal from Afghanistan and failure to stop the Taliban from seizing power in Afghanistan.

When former US President Donald Trump called for an end to America’s longest-running war in Afghanistan, he recalled Khalilzad to hold talks with the Taliban. Khalilzad has held talks with the militants group without involving the US-backed government led by Ashraf Ghani. The talks resulted in the 29 February 2020 deal, which called for the withdrawal of US troop in 2021 and peace talks between the Taliban and Ashraf Ghani administration.

Pentagon: US doesn’t need Taliban permission for airstrikes in Afghanistan

The the peace talks between the Taliban and the Kabul administration started in Doha, Qater, but failed to reach any agreement and after the US begun troops withdrawal, there was chaos across Afghanistan as the Taliban had intensified violence despite the commitment to resolve the conflict through peace talks. Thus after the foreign troops left the country, the Taliban took Kabul’s control as the former President escaped the country.

Zalmay Khalilzad was familiar with Afghan language and customs and was able to establish cordial relations with the Taliban leaders, whose government was overthrown by the United States after September 11, 2001 attack. That was the reason that despite his commitment to Republicans, Khalilzad was retained after democrats President Joe Biden took reins of the country from Trump. Khalilzad was strongly criticised for his agreement with the Taliban under which the Afghan administration had to release more than 5000 Taliban fighters on the condition that the Taliban will take serious part in peace talks.

After Trump ended his opposition to talks with the Taliban, Khalilzad played a role in the release of Islamic Emirate co-founder Mullah Baradar from Pakistani prison. Khalilzad was strongly criticised by some US officials, including some members of Ghani’s government, and accused of “selling Afghanistan” and failure to stop the hard-line group from taking Kabul by force.

But in an interview last month, Khalilzad said he had reached the agreement with the Taliban as they (the Taliban) has assured stay out of Kabul and discuss political transition. But the deal ended when President Ghani left the country on August 15 and thus the Taliban have to fill the vacuum created by Ghani’s escape. Speaking to Foreign Policy magazine, Khalilzad said the Taliban had adhered to key points of the February 2020 deal, including not to attack US troops.

Former Pakistan ambassador to Washington Hussain Haqqani, now a senior fellow at the Hudson Institute, criticised “Zalmay Khalilzad and accused him of handing over Kabul to the militant group in exchange for promises that everyone knew the Taliban will not keep.”

US Secretary of State Anthony Blinken has said that Zalmay Khalilzad’s deputy, Thomas West, will now take over as special envoy. He is a longtime aide to President Biden and was part of his staff when he was vice president. Thomas West has worked for many years on South Asia policy, including the US-India Civil Nuclear Agreement. Shortly before Khalilzad’s resignation came to light, the State Department said US will not be able to attend the conference on Afghanistan convened by Russia. Other countries including China, Pakistan and the Taliban will attend the conference.