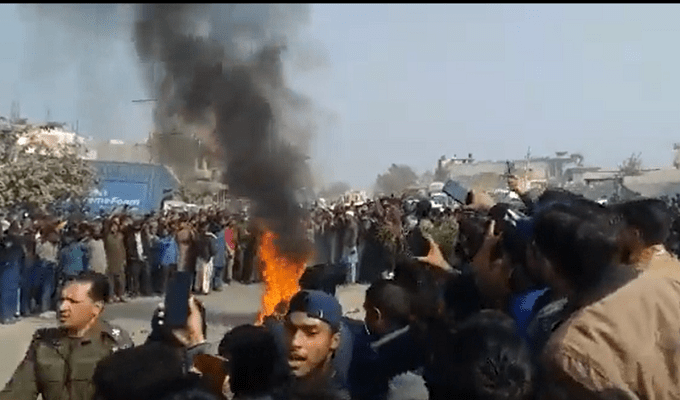 Sri Lanka’s Minister for Sports said that we should be mindful that this could happen to anyone if extremist forces are allowed to act freely.

PESHAWAR: In response to Sialkot lynching, Sri Lankan Prime Minister Mahinda Rajapaksa expressed the hope that Prime Minister Imran Khan will fulfill his commitment and bring all the accused involved in the brutal murder of Sri Lankan man to justice.

PM Rajapaksa wrote on Twitter, “Shocking to see the brutal and fatal attack on Priyantha Diyawadana by extremist mobs in Pakistan. My heart goes out to his wife and family. Sri Lanka and her people are confident that PM Imran Khan will keep to his commitment to bring all those involved to justice.”

On 3 December, mob tortured a non-Muslim export manager of Rajco factory to death and set his body on fire over blasphemy allegations in Sialkot. The incident took place within the limits of Ugoke police station in Sialkot district. The police official told the media that the incident took place inside the factory and confirmed that the slain manager was from Sri Lanka, but declined to province further information.

The Punjab Police said that more than 50 places have been raided over nights with the help of special branch and FIR has been registered against 900 people. The police said that interrogation of the detained accused was underway and other accused involved in the incident were being identified with the help of CCTV footage and videos. “More than 120 people have been arrested, IG Punjab is overseeing the whole affair, raids are being carried out to arrest the other accused,” police said.

Yesterday, PM Imran Khan has strongly condemned the Sialkot lynching and vowed to bring all the accused to justice.