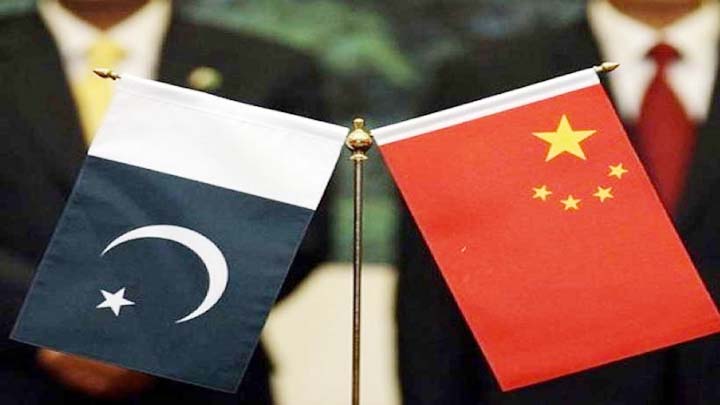 Share
Tweet
Share
Share
Email
Comments
On the occasion of the 71st anniversary of Pak-China diplomatic relations, the people Khyber Pakhtunkhwa have sent a friendship message in the form of a song to their Chinese brothers and sisters to further strengthen the ties.
The song prepared in Pashto language by China Window, a Chinese Cultural Center based in Peshawar, in collaboration with the Provincial Department of Youth and KP Culture and Tourism Authority.
A colorful song launching ceremony was held at China Window with famous singer of subcontinent Khayal Muhammad inaugurated the song.
A large number of people from different walks of life were present on the occasion. The song was written by Hashmat Javed, a renowned poet of Khyber Pakhtunkhwa, Gohar Jan composed the music while eminent director Ahmad Nawaz acted as the director.
Famous Pakistani singers Sitara Younis and Sajjad Khan have sung it with prominent Chinese singers Shao Feng and Lan Yuliang. Legendary singer Khayal Mohammad, who has sung more than 50,000 songs in many languages including Urdu and Pashto, officially launched the song on the occasion of 71st Anniversary of Pak-China friendship.
Talking to media, Khayal Muhammad said that Pak-China friendship is deeper than the sea and higher than the Himalayas and will be further strengthened in the future. Poet Hashmat Javed Javid said that he has written hundreds of songs but it is no less an honor for him to write this song regarding Pak-China friendship.
He said that this song in Pashto and Chinese language is the voice of hearts of all Pakistanis. Administrator China Window Amjad Aziz Malik said about the song that since the establishment of China Window, they have been trying their best to send a message from Peshawar and Khyber Pakhtunkhwa to strengthen the ties of friendship between the two countries