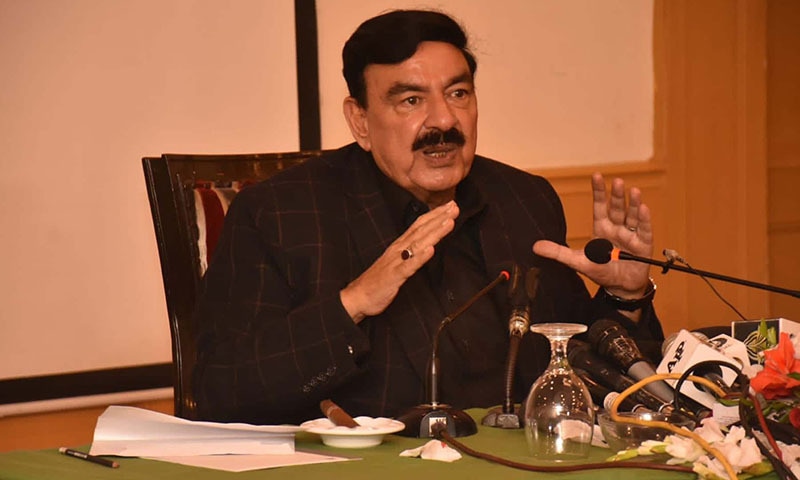 PESHAWAR: Interior Minister Sheikh Rashid said that the government is ready to listen to hardline militant group Tehrik-i-Taliban Pakistan but they have to accept Pakistan’s law and constitution.

Speaking in the Senate, Interior Minister said that the security forces are always ready to eliminate all those challenging the writ of state.

The minister claimed that several suspects have been arrested in Dasu and Gwadar terror incidents. “I am happy that opposition benches also condemn terrorism. We are united in the fight against terrorism,” the minister said.

On 22 January, the Interior Minister has said that after the Taliban defeated India’s intelligence agency – RAW- in Afghanistan, the agency is now fanning terrorism in Pakistan. Addressing a news conference in Islamabad, the minister said that Pakistan security forces have defeated terrorists and now there are few small groups that will also be eliminated.  Shaikh Rashid, while talking about terror groups in Balochistan, said that Baloch Republican Army and the United Baloch Army has formed the Baloch Nationalist Army (BNA), which he says is a small group.

Yesterday, the Khyber Pakhtunkhwa Inspector General of Police Moazzam Jah Ansari said that Islamic State Khorasan (IS-K) and TTP pose threats to peace.  The IGP said that the IS-K has no terror center in KP but in the future, it will be a bigger threat to peace than TTP. The police chief said that the police have subdued the terrorists but they are not completely eradicated.